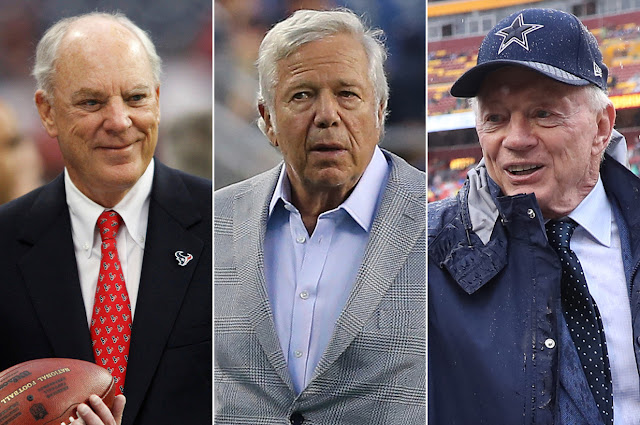 The owners of NFL teams, today, voted on whether to allow the review of offensive and defensive penalties along with no calls. The rule passed on a 31-1 result, per ESPN. Teams will still only have two challenges per game, so nothing major changes there, and will only be able to review calls in the final two minutes of each half.

"Having been part of almost all the discussions, I personally believe it was the fact that every club in the league wanted to get these plays right," said Goodell. "Replay is to get it right, and ultimately I think people compromised on long-held views because they want to get the system right -- they want to get the play right.

"I think you will see replay continue to evolve, but I would tell you that I think one of the foundations of it was the challenge system. The clubs really felt that that was important to continue, so I could see it expanding to other plays in the future, but within the challenge system."

The NFL's competition committee also came out and ruled that there was a missed pass interference call on Brandin Cooks in the Super Bowl. When I first heard about this story, for the life of me I couldn't pin point a play that could possibly fit under this realm. It turns out that the play involves Stephon Gilmore and Cooks drops the ball in the end zone. This play is a perfect example of the headache that this rule could cause, in no way should this play be a pass interference call. Sure you can find interference for one millisecond of the play but for the most part this is a great defensive play.

The competition committee said this play should have been interference and the #Rams would have gotten the ball on the 1-yard line. I pointed this out that night (some of you were irritated). It was subtle but by the letter of the law... pic.twitter.com/TdJi2YBnzw
— Michael Giardi (@MikeGiardi) March 27, 2019

Here is the Hogan play.