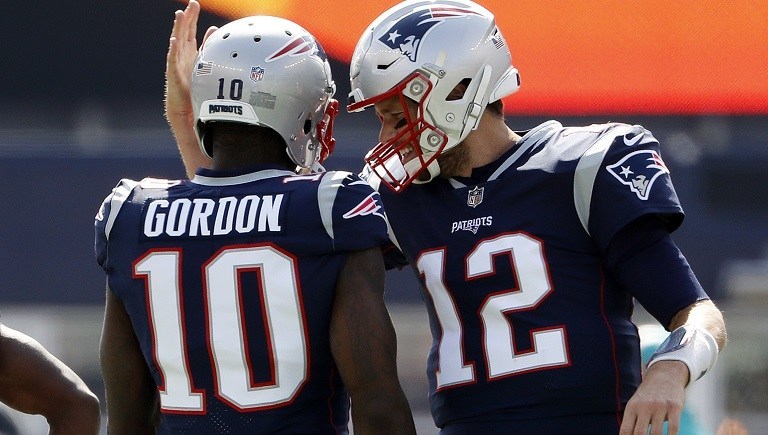 As Tom Brady has started to up his social media game, fans get a unique insight to some of the quarterbacks life and training methods. It has been well-known that he trains with receivers in the offseason in private sessions, as seen in the past with Julian Edelman, Danny Amendola and recently rookie N'Keal Harry.

Brady posted another workout picture on instagram this morning, with who looks to be Josh Gordon.

It hasn't been confirmed if it is Flash or not, but its never a bad thing to think about. If it is indeed Gordon, this gives the idea that the Patriots could have a sense of how Gordon's suspension is playing out and that he could return this season. At the very least, it also shows that Brady and Gordon still have a good relationship and are working to get better.

The league hasn't given many clear statements on Gordon's suspension process, but I'm going to go ahead and give my stamp of approval of this being a good sign.