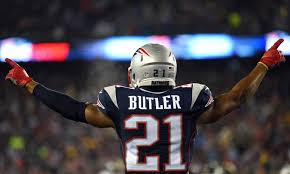 One of the best kept secrets in the history of the Patriots' dynasty could potentially be answered, but not likely anytime soon. Why did Malcom Butler not play in Super Bowl 52? A mystery that has been well kept quiet, until now. Marquis Brown, who played linebacker for the Patriots in 2017, has said that he has the answer and will give it once his retirement comes.

To this day, the decision to bench Malcolm Butler has all of New England scratching their heads. I mean with Butler in the game there's no way the Pats don't have a seventh ring? Right? The once Super Bowl hero had to make at least one play, in the biggest game of the year, in order to put the Pats in the position to win. Unfortunately we will probably have to wait a few years until Flowers retires, so until then lets just watch the Pats win another one.