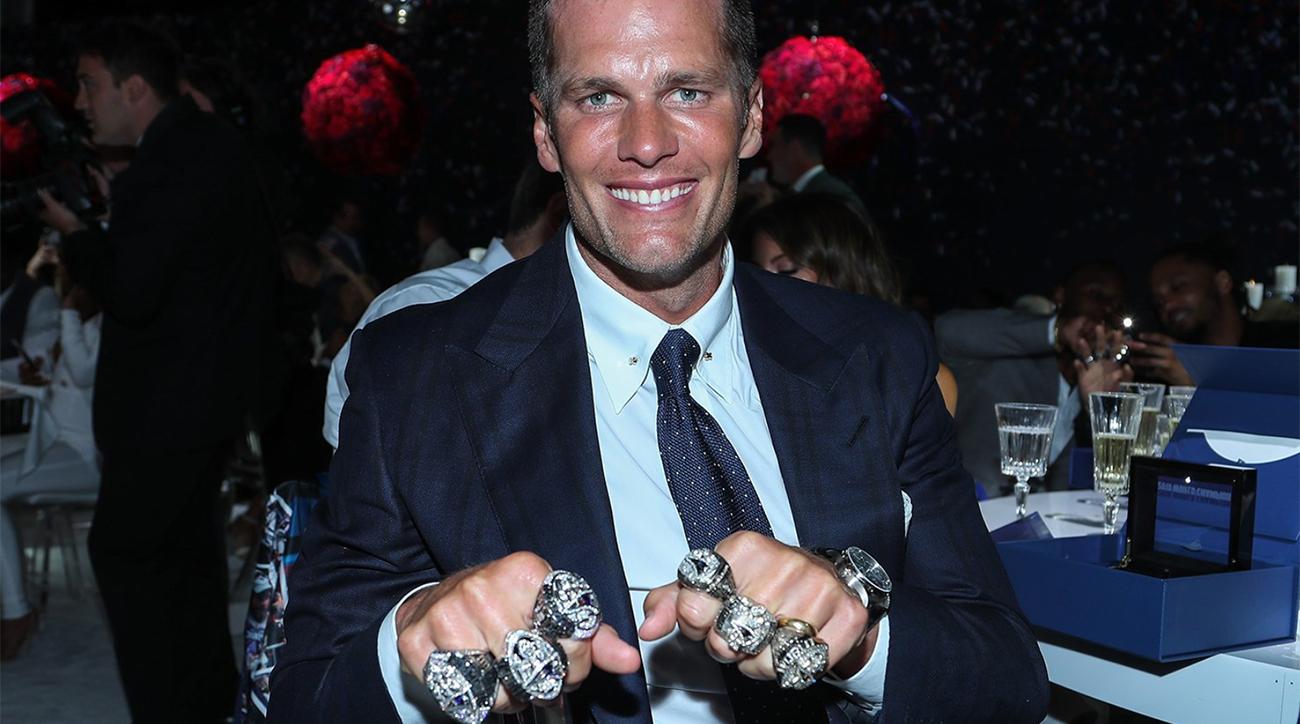 The 2018 New England Patriots gathered at the Kraft residence last night to receive their rings and celebrate the 2018 championship. This saw the return of several players and coaches to get together one last time as a team.

In addition to their celebration, the Pats also got the largest Super Bowl rings ever, according to Jostens, the designers.

The greatest ring of all-time. pic.twitter.com/Vv5AHmVGhS

As you can see, there's a lot going on with the rings, so here are some stats for you:

They are crafted in 10 karat gold, it features the Patriots' logo brought to life through a custom-cut, red and blue stone. Thirty-eight diamonds surround the logo, with an additional diamond set in the star. The logo is on the six Lombardi trophies, set with 123 diamonds, each accented with a marquise-cut diamond.

The trophies on the ring top are surrounded by an additional 108 pave-set diamonds, which represent the number of practices in the 2018 season. Seventy-six diamonds adorn the edges of the ring. Completing the intricate design are 20 round, blue sapphires, which are emblematic of the Patriots' 20 AFC East division championships.

So yeah as I said, a lot going on with these. I do find it fascinating about how much detail they put into these, in regards to the number of practices and division titles, but it is also really amazing just how much goes into each ring in general.

The sides of the rings include the players name, and the final 13-3 score over the Rams. The back has the individual years for each championship and Robert Krafts' "We are all Patriots" is written on the inside.

As always, it is really cool to see the players return and celebrate with each other and have a well-earned party.