Jamie Collins says he's excited to be back with the Patriots 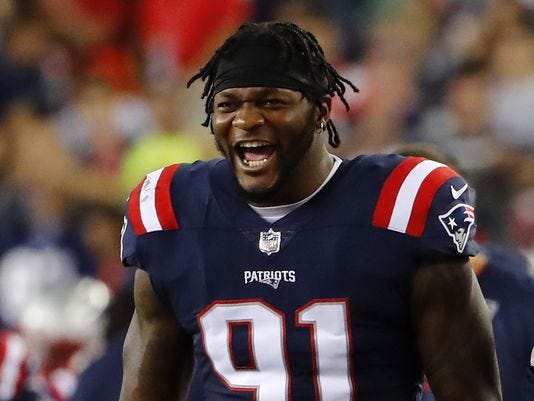 The Patriots have added a familiar face this off-season. The once traded, Jamie Collins, re-signed with the Patriots in May and is now looking to have the same kind of impact that he had in 2014. In 2014 he had a career-high 138 tackles, four forced fumbles, and two interceptions. Collins spoke about his opportunity, after his first practice back in New England.

“I’m very excited. It’s another day. It’s our job, it’s my job, so what it is here, whatever my job is, I have a great opportunity to be back in a position to do your job and what you’re really good at. I’m very happy to be back.”

Collins was traded to Cleveland in during the 2016 season, after there were concerns about being undisciplined. Collins also talked about being traded from the Pats.

Adding Collins to the Patriots' group of linebackers could really work well. The Patriots already have Kyle Van Noy and Dont'a Hightower in their linebacker group. They are are also adding Ju'whaun Bentley, who is coming back from an injury. If Collins could return to the player that he was in 2014, or even come close, the Patriots defense will be very scary.