What Josh Gordon's return means for the Patriot offense 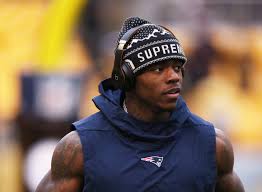 After months of speculation, rumors and Instagram posts, Josh Gordon is finally back in New England. Maybe it's because I always have the worst case scenario planted in my head when it comes to Boston sports, but I was very pleasantly surprised to see Gordon get reinstated by the league. Now that potentially one of Brady's deadliest weapons in back in the fold, we'll break down the type of impact Gordon will have on the offense.

Without a doubt, the biggest story in the off-season was how the Patriots offense would be in a post-Rob Gronkowski world. Gronks role is impossible to even come close to replacing, but Josh Gordon can play a big part in that recovery.

Ever since Gronk was drafted, the Patriot scheme heavily relied on a big two tight-end set, flanked by several short and speedy receivers. As it currently stands, the Patriot offense is made up of a committee of running backs, serviceable at best tight-ends and multiple 6 foot plus receivers.

While the team would certainly be better with Gronk, they've set themselves up in a way that they don't necessarily need a huge impact tight-end. With guys like Gordon, Harry, Thomas and future first ballot Hall of Fame receiver Jakobi Meyers, Brady is surrounded with big, aggressive players that excel in fighting for every catch.

By adding Josh Gordon back into the mix, it offers 2 big speedy targets in Gordon and Harry lined up on the outside, with guys like Edelman and Dorsett on the inside. Gordon also offers some insurance in the case of Demaryius Thomas and his recovery time.

As quickly as the Patriots introduced the tight-end heavy set, they can undo it just as fast. In a matter of 2 seasons, New England has really flipped its offense around to one of the most stacked groups in the league, and Josh Gordon was the big final piece to the puzzle.