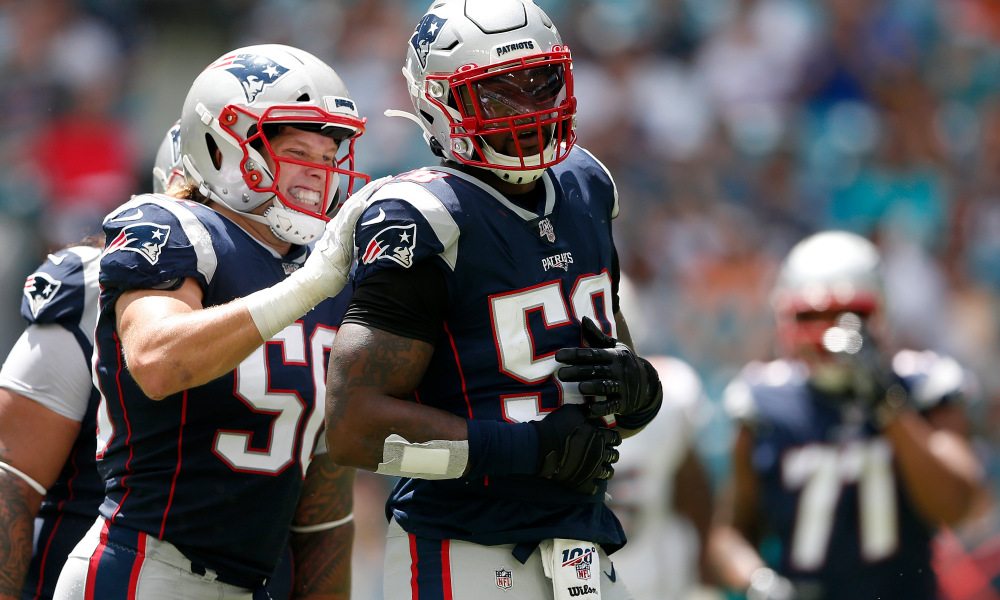 What a difference a year can make. We went from the stunner of the Miami Miracle to the "hey get the kids out of here, they shouldn't be watching this" Miami Massacre. We all wondered how the Dolphins would respond to getting blown out 59-10 to Baltimore, and they somehow got worse. The Patriots defense shutout Miami 43-0 with two pick-sixes by Stephon Gilmore and Jamie Collins.

The best laugh of the game was when Miami was in position to end the shut out, only to have Jamie Collins get his second pick of the day. I think the biggest takeaway from the defensive performance had to be just how in shape they looked. I know Miami sucks and the defense did what they were expected to do, but they never looked gassed, not once.

The Florida heat has historically given the Patriots fits, but not yesterday. The defense is full of studs who look to be in tremendous shape. It looked like the coaching staff went in with two main points in their gameplan: shut down the Dolphins and give punt returner Gunner Olszewski has much TV time as possible.

The defense hasn't allowed a touchdown since the AFC Championship last year, and have only allowed 6 points since the Super Bowl. We'll have to see how the season plays out, but as of right now this defense is the top dog in the NFL. We'll just have to pray they can compete mono E mono against the Jets (sorry but I had to).