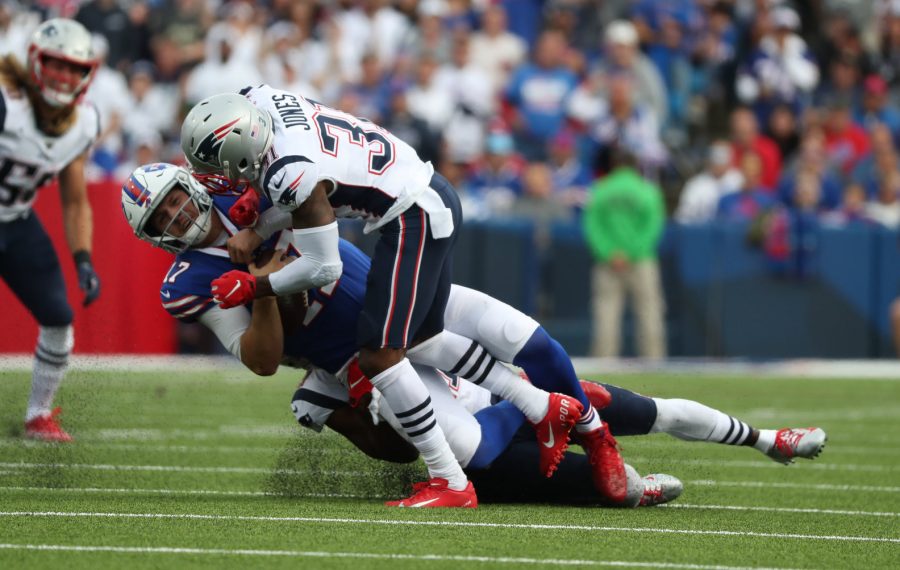 After another drama-filled affair in Buffalo, several Bills are upset over the hit delivered by CB Jonathan Jones, one that knocked Josh Allen out of the game and into concussion protocol. Here's a refresher for everyone to just what I'm talking about.

This angle shows why Jonathan Jones avoided an ejection. Trying to establish shoulder contact, neither lowered his helmet nor launched into Allen, and Allen is running forward with his helmet down. Perhaps an unnecessary hit, but Allen invited contact with the way he ran here. pic.twitter.com/eB2lKWZt7D

As you see in slow motion, Allen was an active runner nearing a first down. Allen has around 50 pounds on Jones and was still gaining yards, so in no way was Allen a defenseless runner. On the hit itself, Jones was making an attempt to lead with his shoulder to make the hit, while Allen clearly had his head forward. I'm not saying this was anyone's fault and I do believe that Jones was rightfully flagged for the helmet to helmet call, but it was not a malicious act that should've had him ejected, as many fans are saying.

There has been no statement by the league regarding any fines or suspension, just a rough hit in a violent sport. It looks so easy for Jones to back away in slow motion, but people forget how fast things move in real time. Jones did his job in stopping the runner short of a first down and trying to lead with the shoulder, it was just very unfortunate that it forced Allen into the protocol.

I don't think there is any just cause to have any further actions taken against Jones and I hope the injury against Allen is not too severe.