Freddie Kitchens: "We beat ourselves". Uh ya think? 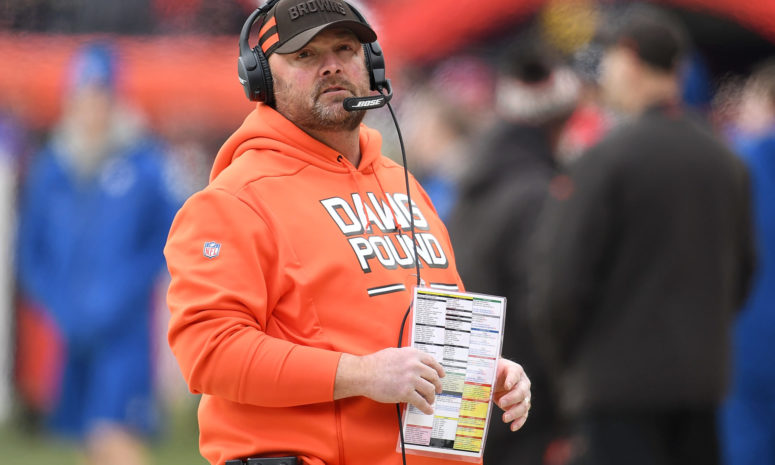 There were a lot of things the Browns could've done better in their bad loss to the Pats, but head coach Freddie Kitchens will be dodging any blame about their penalties. The Browns gave up 85 yards on 13 penalties, something they've done many times (they have had a bye week and still lead the league in penalties).

“I don’t coach penalties," Kitchens said. “I’m not answering questions about penalties. I’ve never once, in 20 years of coaching, coached somebody to take a penalty. Except in a situation, where it would help you clock-wise, clock management-wise. So, I don’t know, I don’t know."

Baker Mayfield's direct shovel pass to Lawrence Guy was probably the best highlight of the game, but the biggest head scratcher came when the Browns lined up to punt on 4th and 11 and had a false start which backed them up to a 4th and 16. Well alright I guess stuff happens so you're punting anyways so what is 5 yards really gonna do? Well the Browns then decided to go for it, which resulted in a sack. Not only was that a wild move, but Kitchens' reasoning made it all the more confusing.

“I didn’t want to use the timeout and I wanted to go for it," Kitchens said. “We had half of our guys running off, half of our guys running on and I wasn’t giving up right then by punting the ball to them. The only chance that we had was to convert for a [first] down and then we didn’t. The defense’s job is to go out there and stop them and they did, so it gave us a chance. I was still trying to win the game."

Well what the hell Freddie?! If you wanted to go for it all along, keep the offense out there and go for it instead of backing yourself up 5 yards and getting your QBs throwing arm dinged up. Add on challenging the spot of the ball on a clear first down and wasting another challenge on a clear pass interference and you'll get some calls to lose your job. On to Baltimore.