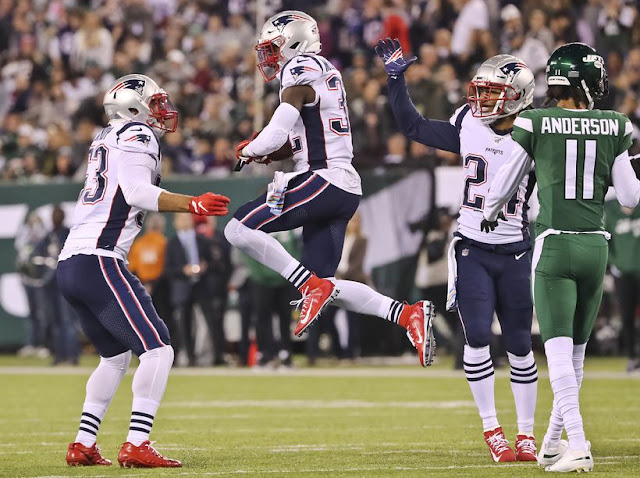 Sam Darnold was pretty bad tonight. At one point the mic for ESPN picked up Darnold saying that he was seeing ghosts. Darnold was 11-30 for 86 yards, and 4 interceptions. Le'veon Bell had 15 carries for 70 yards. Demaryius Thomas had 3 receptions for 42 yards.

The game tonight wasn't much of a game to be honest. It was fun to watch the Jets absolutely suck. Next week the Patriots play the Browns and quite frankly I expect the same thing another young quarterback with a poor line.