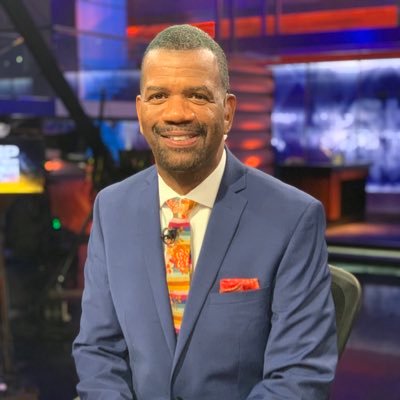 Well, the title to this post says it all. Fox Sports 1's infamous hot take machine, Rob Parker, is back at it again. This time, Parker has claimed that the "Patriots are the worst undefeated team he's ever seen." First of all, can we all just take a moment to laugh at him. Secondly, I would love to see the criteria that he used to establish that this year's Pats are "worst undefeated team I've ever seen." Seriously, This guy continues to spew absolute garbage takes yet we still keep him in the media. Parker, on Fox Radio, went on to bash the Patriots entire season.

“Tom Brady has three touchdown passes in the last three games, all against God-awful Washington. Didn’t have one against Buffalo, and didn’t get one against the sad Giants,” Parker said on FOX Sports Radio. “He had two fumbles and lost one Thursday night, and had a terrible interception. Besides his QB sneaks, he looked 42. That’s a bad offense, and there’s no degree of difficulty with the bad teams they’ve beaten up. It’s pathetic. They are the worst 6-0 team I’ve ever seen in the NFL and I’m not impressed. The one good team they played, Buffalo, they struggled with. I’m more convinced than ever that the Patriots will NOT make the AFC Championship Game.”

For the full audio:


Interestingly enough, Rob Parker decides to "forget" about the Patriots historic pace on defense, while calling the Patriots the worst undefeated team he's ever seen. He forgets to mention the amount of injuries that the Patriots are dealing with. He's forgetting that the Patriots defense has scored more touchdowns, five, then they have allowed, which is three. Forget about it though, this Patriots team is a disgrace, they freaking suck. Hey Patriots, if you're reading this, step up your game. You clearly haven't done enough to impress the all knowing football God, Rob Parker. Who cares that your 6-0, do better.

In all seriousness though, yes, the Patriots could be doing better on offense. Yes, the Patriots have played weak teams but the Patriots lead the league in points per game and they are top 5 in passing yards per game, don't tell Rob Parker that though. The Patriots are missing multiple starting wide receivers and and lets not forget that Brady lost his favorite target, possibly in his entire career, whenever Rob Gronkowski retired. Either way, the sky falls in October/November, in New England, but somehow the Banners keep getting raised.