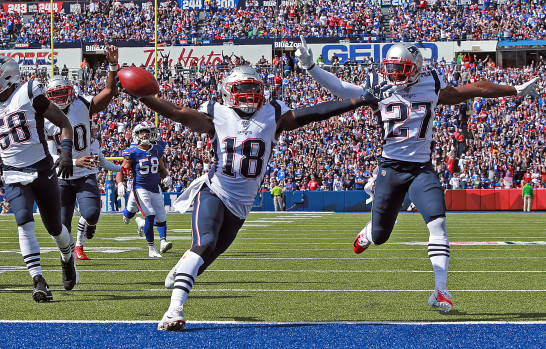 The Pats defense on the other hand continued to shine in their fourth game of the season. In the first half the Pats defense looked amazing. During the first half, the bills' drives resulted in an interception, a blocked punt for a touchdown, a punt, another interception, another punt, a field goal, and a missed field goal. Thats really impressive. In the second half the Pats looked a little more human. The Bills were able to score on their first drive, also snapping the Pats defensive streak of not allowing an offensive touchdown since before the Super Bowl.

Going forward, Im not nervous. The Pats historically struggle in the early weeks of the season and for the record, I wouldn't call 4-0 struggling either. Like I said earlier, it's not easy playing in Buffalo or Miami and the Pats have won in both places this year.