It only lasted for 10 minutes, but spygate 2.0 went full scorched earth on the internet 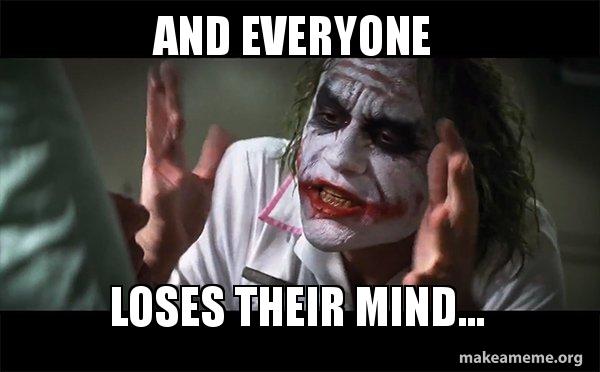 I'm sure that you heard by now, but spygate came back last night and sent the whole internet sports world into a frenzy. Now that the fires have calmed and the nuclear launch codes have been shelved for now, lets go over what we know so far:

News quickly broke that a man with Boston attire was seen using a camera in a Cleveland press box during Sundays game between the Bengals and Browns. Instantly everything went to hell and people were calling for Pat Patriots' head.

Shortly after, Adam Schefter tweeted out that the man in the press box was actually being filmed as part of the Patriots "Do Your Job" series. They were doing a segment on the day in the life of the advanced scouting units.

The Patriots released a statement in which they said that "The sole purpose of the filming was to provide an illustration of an advance scout at work on the road. There was no intention of using footage for any other purpose." The team said it accepted full responsibility for the miscommunication and that the production crew who was at the game were independent contractors who were not involved with the team. The NFL is currently reviewing the footage taken that day.

Finally, it was made clear that the video group got permission from the Browns to be in the box, but failed to get the same from the Bengals. The Patriots take on the Bengals this coming Sunday, so naturally the world was just salivating at the chance to call for spygate 2.

Given past accusations, everyone quickly called for a cheating penalty, but all that really seems to be the case is just an unfortunate example of miscommunication. Although I'd be shocked if anything major came out of this, the damage has already been done. We'll have to wait and see what the NFL saw on the footage, so until then we just remain the status of on to Cincinnati.