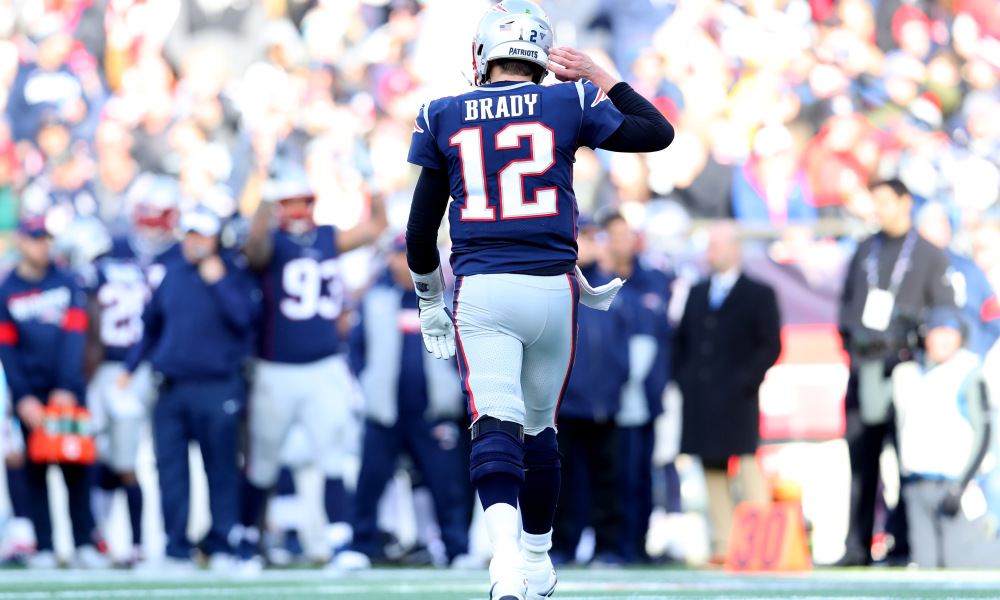 We've been hearing it since the win over Buffalo last week: weeks 16 and 17 are playoff games for the New England Patriots. If they win against Miami, then they win the first round of the playoffs. Hopefully that isn't how this team plans on playing in the actual playoffs, because for the first time since 2009, the Pats are in the Wild Card.

We all saw what happened in yesterdays upset loss, so no need to rehash that, but the road to Miami just got much more difficult. The Pats will be hosting the red hot Titans this Saturday, but will be on the road for the rest of the playoffs if they are able to figure themselves out where it counts the most.

While sports media will be nothing but negativity for the next few days, the Patriot locker room is remaining optimistic about where they are.

"Certainly it's a different situation, but it's important for us to have the proper perspective," Matthew Slater said. "We've been very blessed to have the type of season that we've had and to be in the playoffs. A lot of teams don't have that opportunity. Look, would it have been nice to have a bye? Yes. But now we don't have one. I think we need to do everything in our power to recover and prepare and to be excited about our opportunity. Let's not be moping around, feeling sorry for ourselves. We're in the playoffs in the National Football League. This is an exciting time. And our team has worked hard. We should be appreciative of where we are and try to make the best of it."

While they probably should have had the luxury of not playing this weekend, the Pats can't just lay down and give up, so it is very important for the captains like Slater to step up and keep this team in the right mindset for a quick turnaround for a war against the Titans. Time to heal and rest is undoubtedly the biggest gift the bye-week offers, one which the Pats could've really used this year.

Brady has been dealing with a bad elbow, Jules has had just about every injury you can get, both Jason McCourty and Jonathan Jones are battling through groin injuries and Marcus Cannon is going through ankle problems of his own.

"Everybody understands how important the bye is," Cannon said. "If any team in the NFL doesn't get a bye in the regular season, doesn't feel good. But everybody loves a bye. Everybody knows (during) a bye, you can fix bumps and bruises, work on other things. But we're done talking about that. We don't have it. We're going to figure out tonight who we're playing against, and all that other stuff of wishing and hoping and, 'What about this?' All that's gone. It's all about one game now."

While I am much more nervous than I was last week, I still am excited for the playoffs. All year the Pats have heard that they can only beat bad teams, have a crap offense and that the defense is exposed. History has shown how much they thrive when their back is against the wall and that they come through by gritting it out with each other in the only way they can: as a team. This is going to be the ultimate test to see how mentally tough the 2019 defending champs are and I am personally very excited to see what the boys are made of.