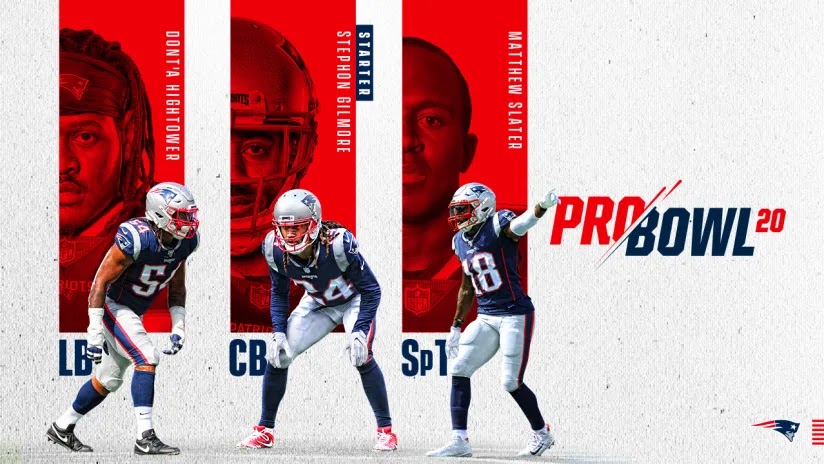 The NFL announced the players who were nominated to the 2019 Pro Bowl, which included 3 Patriots. Among those 3 players were Stephon Gilmore, Dont'a Hightower and Matthew Slater. While these 3 guys are totally deserving of their spots and play a crucial role in the success of the Patriots, I think we really gotta discuss the ones who got snubbed first.

First off, how the hell did Julian Edelman not make this pointless game that no one watches? I know the Pro Bowl is pointless and everything, but like Edelman literally is ranked 4th in the league with receptions (2nd in the AFC), but loses to the likes of Keenan Allen and Tyreek Hill. There is an argument for Allen, as their stats are pretty similar and he has the name value, so I'm not as upset over that. However, known child beater Tyreek Hill ranks 55th, let me say that again, 55th in the league in receptions. He doesn't have half the catches Edelman does and missed half the season due to injury, but gets in over Jules. Again, I know this is voted by the fans and that the Patriots never go to this game anyway, but to put Hill over Jules is literally insane.

Next completely unbiased take is Devin McCourty over Earl Thomas. Devin has 5 picks on the year to Thomas's 2, 48 tackles compared to Earl's 45 and 12 passes broken up compared to 6. I originally wrote down unbiased as a joke, but after looking over the stats on the year, its just a fact that McCourty has had the better year, but Earl Thomas plays on the Ravens so gotta give him the nod obviously.

Next up to the plate is Jamie Collins. Collins this year has 3 picks and 71 combined tackles. Von Miller and Matt Judon have 40 and 47 combined tackles respectively. Why do yo bring up these names you may ask? Well it just so happens that those linebackers made it into the Pro Bowl over Collins. Von Miller is a phenomenal athlete and player at his position and is rightfully so one of the highest paid defensive guys. However, he is nowhere near the level of Collins this year but has the name recognition. Matt Judon again, another fantastic athlete but just isn't at the level of Jamie Collins this year, but the Ravens are the hype team of 2019, so guess that's just the way it is huh?

You get the idea of what I'm getting at in this post but the other two names I would throw in there are Kyle Van Noy and Jake Bailey. If 12 Ravens came make it, then so can players who actually deserve to go. Again, congrats to Hightower, Gilmore and Slater, hopefully you guys will have something else to plan for when the Pro Bowl comes around.