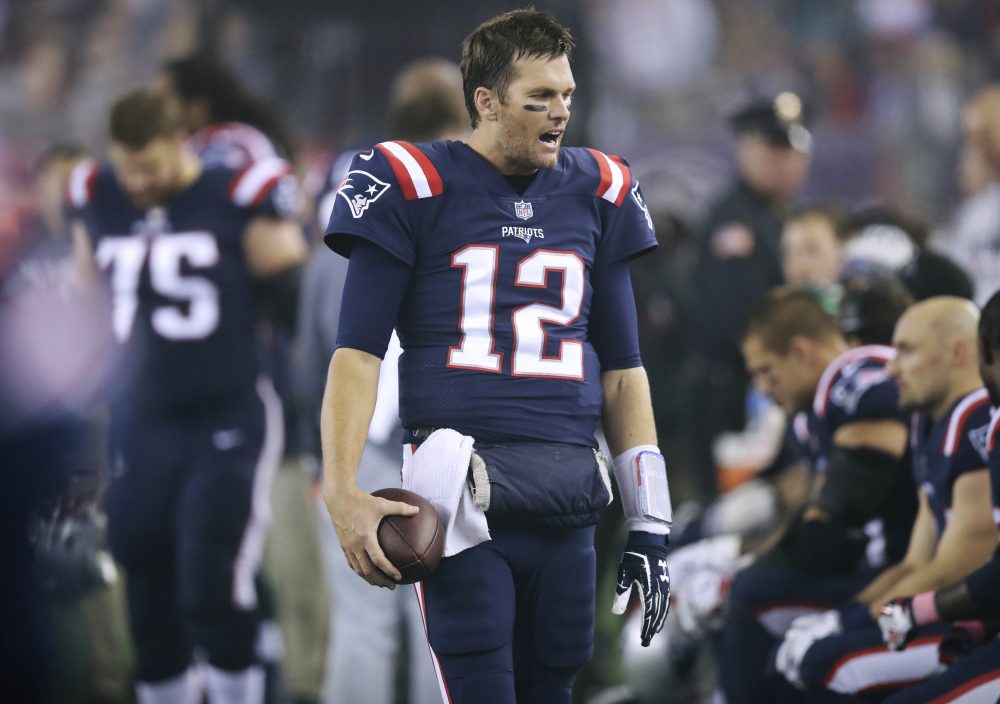 One of the biggest clips we all saw after Sunday nights loss to the Texans, was the clip of Tom Brady giving a speech to his receivers that appeared to be full of motivation and profanity. Lip readers were able to pull out words like "faster" and "aggressive" (along with some other choice terms). The message came after rookie Jakobi Meyers forgot the go part of a stop and go route, which made Brady visibly frustrated.

During an interview with Jim Gray on Westwood One Radio, Brady was able to elaborate a little more on what his message was about. “I do that quite a bit in practice,” Brady said. “I know they don’t always pick it up when I do speak, but I speak a lot in meetings, on the practice field and certainly in the games and in the huddle. I’m just trying to communicate what I see. A lot of other guys are doing the same thing. It was a tough game (Sunday) night. (The Texans) came out and played really well, and they played very aggressively. When that happens, you’ve got to go out there and you’ve got to try to match it. They got off to a great start, and we tried to battle back and just came up short in the end.”

There were several Patriots that didn't appear to be on the same page with Brady, including this breakdown of a failed redzone route by Philip Dorsett.

.@Patriots and the frustration between a QB & WR. It’s not unique to the #Patriots. The passing game can only be executed with the precision of a diamond cutter. The margin for error is NIL. #BaldysBreakdowns pic.twitter.com/1bkD3D4ArP

These are certainly the problems you would rather be dealing with in September than December, but there is still enough season left for the offense to hopefully figure themselves out before the playoffs.