Devin McCourty was not a fan of the Aaron Hernandez docuseries 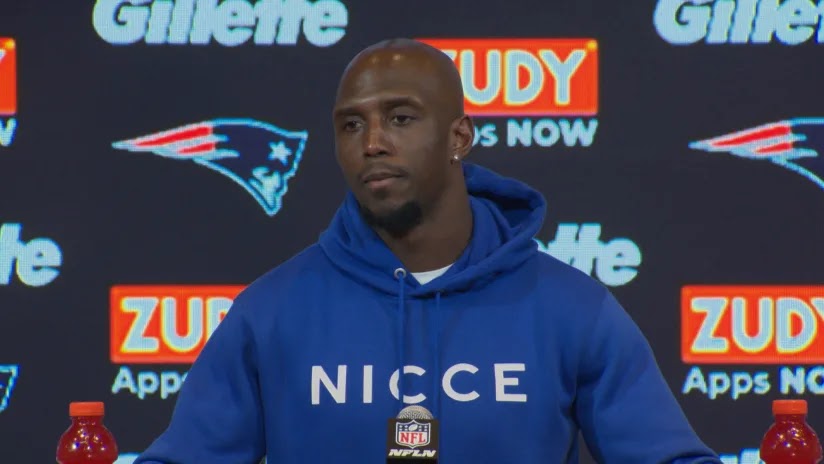 Since its release on Netflix, the three-part docuseries titled Killer Inside: The Mind of Aaron Hernandez, has caused quite the reaction. If you haven't heard about it yet, this series covers the murders and trials held against former tight end Aaron Hernandez. Most of us in the New England area probably remember what they were doing when they first heard the news of Aaron's arrest and the infamous image of him being brought out in handcuffs, mostly because it just came literally out of nowhere.

Hernandez was an insanely talented athlete with some off the field issues, but no one was prepared for the events that would take place after. The Netflix series covers most of Aaron's life while showing the court hearings and various phone calls he made from prison. In my opinion, I had a tough time in finding out just what exactly the whole point of the series was, as we all knew he suffered head trauma and heard the rumors of him being bi-sexual, but the series didn't really add anything otherwise.

There were dozens of people interviewed on the series including friends of Hernandez, former Patriots and lawyers, doctors etc. While they did go over and recap the story, I felt that the series tried really hard to stress the fact that Hernandez was a conflicted bi-sexual man which I thought was a poor look. There's no doubt Hernandez was a conflicted man with what seems like a double life outside of football, but it almost seemed they were trying to stir up some controversy and make events seem like they were caused by something they necessarily weren't.

While I thought the doc was interesting, I didn't really like the message it sent. Devin McCourty, who was drafted in the same class as Hernandez, felt that the interviewees were poorly selected and sent mixed messages to what the goal of the series was about. “The documentary’s called, like, ‘Getting Into the Mind of Aaron Hernandez.’ How?” McCourty said. “You interview (former Patriots offensive lineman Ryan O’Callaghan), who didn’t know him. You interview Leigh Bodden, who kind of played with him but was on IR. Jermaine Wiggins didn’t play with him. (Chris Borland) from San Francisco, who retired early, linebacker, didn’t play with him. I don’t even think he was in the league until, like, two or three years after all of this happened. And then you had a bunch of people from high school — from the way-back past."

In addition to those in the series, McCourty felt that what makes a good documentary is that the audience leaves with knowledge they didn't have prior, but this lacked that principle. "This, to me, was just like, ‘We want you to walk away and think that he was homosexual and he had CTE, and that’s why all of this happened.’ And to me, when I watch a documentary, I want to watch and then manifest and think of stuff on my own. I just felt like it was just directly at that the whole time.”

I have to agree with McCourty here, as the doc heavily speculated that Hernandez was so conflicted from CTE and struggling with bi-sexuality, that he made the choices he made. While those certainly played a factor, it's a real hard look for a docuseries to have really those only two reasons as its only evidence. So again, while I felt the docuseries was interesting, I didn't care too much for its message and it all didn't seem totally necessary.

Didn't plan on this being so long but here we are. Let me know what you guys felt about it in the comments if you so please.