Patriots "plan to" keep Tom Brady according to Robert Kraft 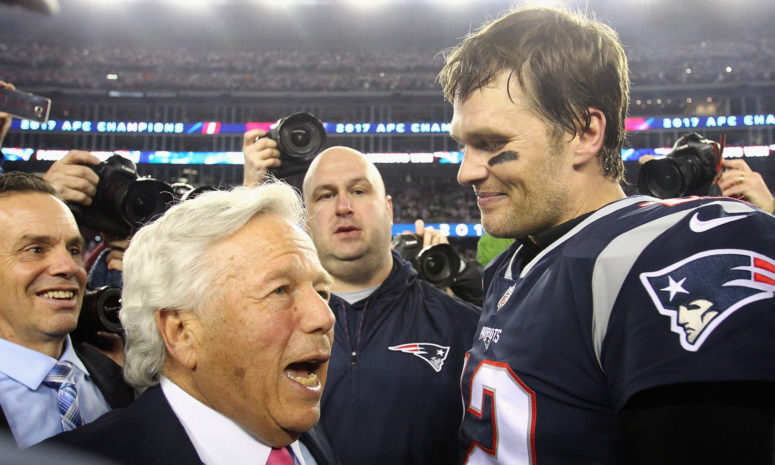 In the latest installment of "Where is Tom going?" we get some resemblance of a plan by the Patriots owner Robert Kraft. Kraft was in New York City on Tuesday, and he ran into a TMZ reporter who asked the question we've all thought many times this season: "Are we going to keep Tom in New England, Bob?!"

Now here's the reason I'm buying into this a little more than usual, Kraft response as he was climbing into his car was "We plan to." Here's the video for you below:

I know it's TMZ and we don't actually know whats going to happen until Brady signs a deal, but I'm going to chalk this up as a good sign. Kraft easily could've just brushed off the comment and moved on, but the fact he stopped and actually answered was interesting. The Patriots have a lot of other positions that need answering other than Brady as well, so this will easily be one of the biggest free agency periods we've had here in awhile, but it at least sounds like the owner wants to keep ol' Tom around.