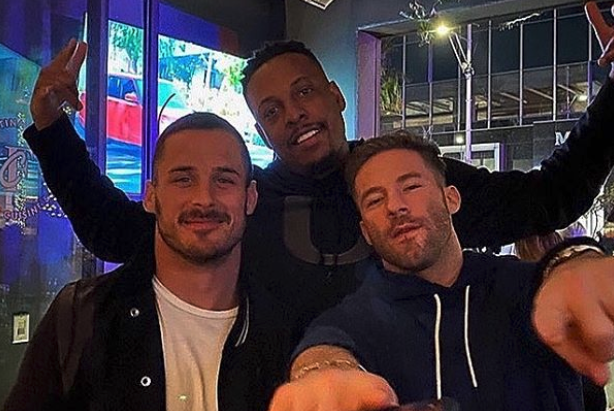 It's been quite some time since the Patriots haven't taken part in most of the playoffs, which left a lot of us not knowing what to do with ourselves. Do we A. stop watching football entirely out of spite, B. enjoy some stress free football and root for or against the remaining teams, or the newly founded option C. get drunk with some Boston legends and get yourself arrested.

Getting drunk and doing dumb stuff could be tied into any of the three listed options, but Pats wideout Julian Edelman added some extra flair to his offseason plans. After a few hours partying with Danny Amendola and Paul Pierce, Edelman was arrested around 9 p.m (Pacific time) for committing misdemeanor vandalism by jumping on the hood of a car, causing a amount of decent damage.

In the days prior to his arrest, Edelman was reported to be having surgery to fix his separated AC joint and knee damage suffered during the season. Edelman was released shortly after the arrest and will be set to appear in court on April 13th.

I'd be surprised to see anything other than a hefty fine for Jules and I doubt the league will take any action either. Certainly not the best start to the offseason for Edelman, but hey at least we got this video.

Sure looks like Edelman was hanging with Paul Pierce after being released by police. This video was posted around 11 pm; TMZ reports Edelman was arrested around 9 pm pic.twitter.com/AHxBkr3xed

Judging by the time from his arrest and video, it looks like Edelman and Pierce got back together after the fact as well. Someone make a movie out of that night please and thank you.