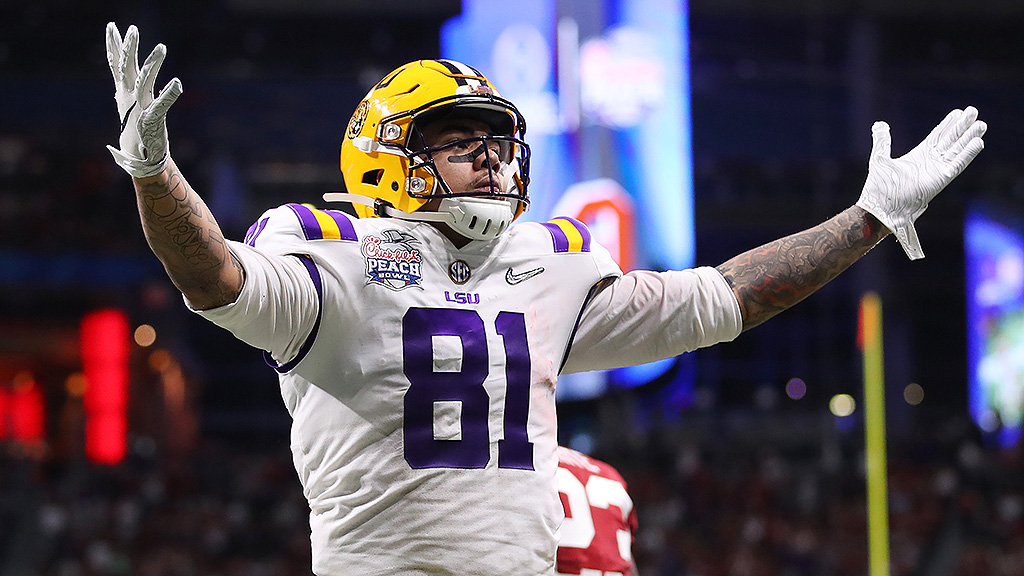 While he was only here for a few seasons, the name Randy Moss means a heck of a lot here in New England. The connection Moss and Brady had in the '07 season was not something that you see everyday, so when Randy's son Thaddeus gets mentioned, Patriot Nation takes notice.

Thaddeus Moss is coming into the 2020 draft as a tight end and caught 47 balls for 570 yards and 4 touchdowns with the 2019 LSU Tigers National Championship team. When being interviewed at the NFL Combine, Moss was naturally asked about his dads time with the Patriots and about the possibility to catch passes from Tom Brady (a man who could use a tight end).

I for one would certainly love to see Brady to Moss TDs again and I am not alone. Patriot great Tedy Bruschi was all in on Moss after his interview at the combine, going as far to ask his former coach to put Moss in a Patriot uniform.

It has since been reported that Moss is going to have surgery on a broken foot, but should be ready to go with plenty of time to get ready for his rookie season.

The Pats will likely be looking for a more complete tight end with better blocking abilities, which seems like a perfect fit for Moss, backed up by his quote here:

I have no idea what the plans are this offseason in regards to free agency or the draft, but it would be very sweet to have the Brady to Moss tradition live on through a different generation.