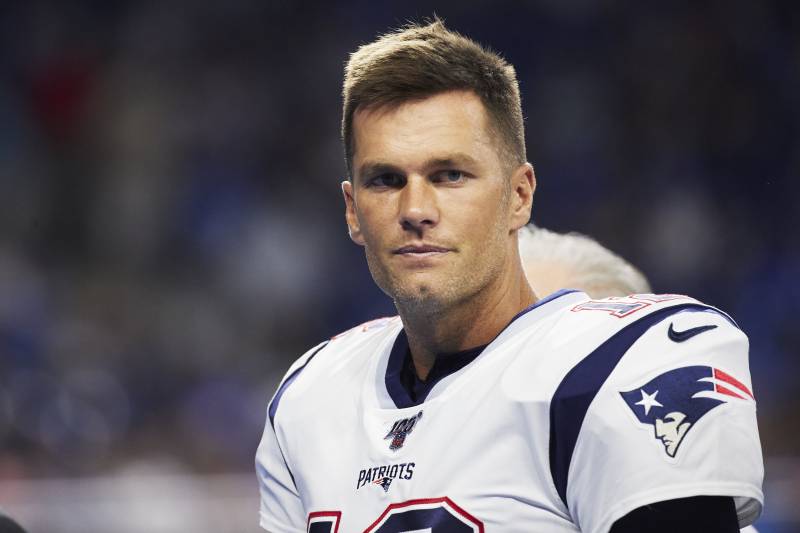 Without a doubt the most compelling and talked about story of the past few months has been this: just where is Tom Brady going to be come 2020? Ever since the Wild Card loss to the Tennessee Titans, fans and media alike have been salivating at anything related to the free agent QB.

For the past couple months, everyone for the most part have just been throwing around their own personal theories and feelings, but with teams gathering in Indianapolis for the NFL Combine and free agency looming, decisions are going to be made sooner than later.

As it currently stands, only the Patriots are allowed to talk to Brady in regards to a contract, but have reportedly yet to do so. There are a number of reasons why talks haven't begun, one being that Bill Belichick is waiting to see how the vote on the newly proposed CBA will turn out, but we can only speculate. So lets just say that Brady and the Patriots fail to reach a deal before the deadline and Brady hits the open market, who would be his potential suitors and how legit would their case be in coveting him.

So lets break it down then shall we?

Probably the most talked about team in this scenario has been the Tennessee Titans. They seem to be one of those teams that is one quarterback away from making a championship run, at least on paper. The Titans had a very impressive run which included knocking off the top seed in the AFC with the Ravens, but how solid they are in 2020 is still up in the air. Star running back Derrick Henry is due for a big payday which could be an issue, as teams have expressed weariness in offering big contracts to running backs. They have also made no inclination that they are ready to just dump Ryan Tannehill either, especially after his very impressive turnaround season. The other major draw is that former Patriot Mike Vrabel is the head coach, so there will be some familiarity already in place, but Vrabel didn't seem to be all in on Brady to the Titans talk as seen here:

So you can go be the judge on that one.

The next big candidate is the newly made Las Vegas Raiders, who appear to be trying to make a big early splash in the new city. The Raiders are currently set up with QB Derek Carr, but it was rumored that they were willing to offer Brady a 2 year $60 million deal so who knows? Mark Davis could just be crazy enough to offer that, but I just don't see that one happening.

In a similar situation to the Raiders, the Los Angeles Chargers are also heading into a new stadium and have just departed with long time QB Phillip Rivers, so bringing in Brady would certainly put butts in the seats. This one is a little more enticing as Brady would be back in his home state of California with some bigger weapons like Keenan Allen, so that option is definitely on the table.

Our next option is the Tampa Bay Buccaneers. Having Jameis Winston has certainly put a toll on the well-being of Tampa fans, so they could be in the market for a quarterback, as Winston is in the option year of his rookie deal. When asked on who he would look for as a potential replacement, head coach Bruce Arians went after the big names: “Tom Brady. Philip [Rivers] is another guy. We’ll see.”

The big final option is just simply return to New England and make all this hype worth nothing. I firmly believe that this falls on Bill Belichick and how he feels about his options come the deadline. It's looking like Brady will hit the market for the first time in his career, so although we don't really have a ton of information here, we shall soon get answers in just about 2 weeks time. So buckle up Patriot Nation, whether he stays of leaves, this madness will all be over soon.