The biggest questions that hang over the Patriots this off-season

The Patriots went into the season as the outright favorites in the betting to win the Super Bowl. The law change in 2017 ensured that legal sportsbetting in PA websites could also offer competitive odds on the Patriots throughout the season. However, nobody could have foreseen what was the come in that playoff fixture. 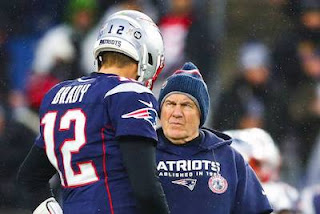 New England went into the game as the heavy favorites to take the win, with the Tennessee Titans rated as rank outsiders among sportsbooks. However, now is a time for reflection, and this promises to be one of the most eventful off-seasons in recent times, and there are a lot of questions that need answering.

The biggest question that is currently hanging over the Patriots is the long-term future of Tom Brady. No player in the history of the sport has won Super Bowl honors than Brady, while he is also the oldest quarterback to achieve that honor. Should Brady leave, then there will be a lot of money free to spend on new recruits, but in a perfect world, the Patriots would be able to keep hold of him on a deal that is good for both parties. Once this issue is resolved, then the Patriots can fit the rest of the pieces around him.

How About Bill Belichick?

The same questions also revolve around Bill Belichick. He has achieved a record of six Super Bowl wins, and it would seem that his future would likely depend on the decision made by Brady. If the quarterback stays, then the smart money would be on Belichick staying also. Replacing the coach will be a difficult task, but there may still be a prolonged wait until we learn of his decision. Nobody could argue with the coach walking away and enjoying his retirement.

Many believed that we had seen the end of the offensive co-ordinator when he went for his interview at the Cleveland Browns. However, he wasn’t offered the job, and he will return to the Patriots next season. Something desperately needs to change in terms of the offense, as it would seem that the Patriots were finally found out towards the tail-end of the season. It’s still unknown whether Brady will be part of the set-up, but regardless there needs to be some fresh ideas.

The Patriots missed David Andrews and James Develin when injuries ruled them out for the campaign. The fitness of these two players could be huge for the Patriots as we head into next season. Andrews injury is a little more complex as there is uncertainty whether he will ever be able to return. Develin will be back at some point next season, but the Patriots will hope that it’s early.