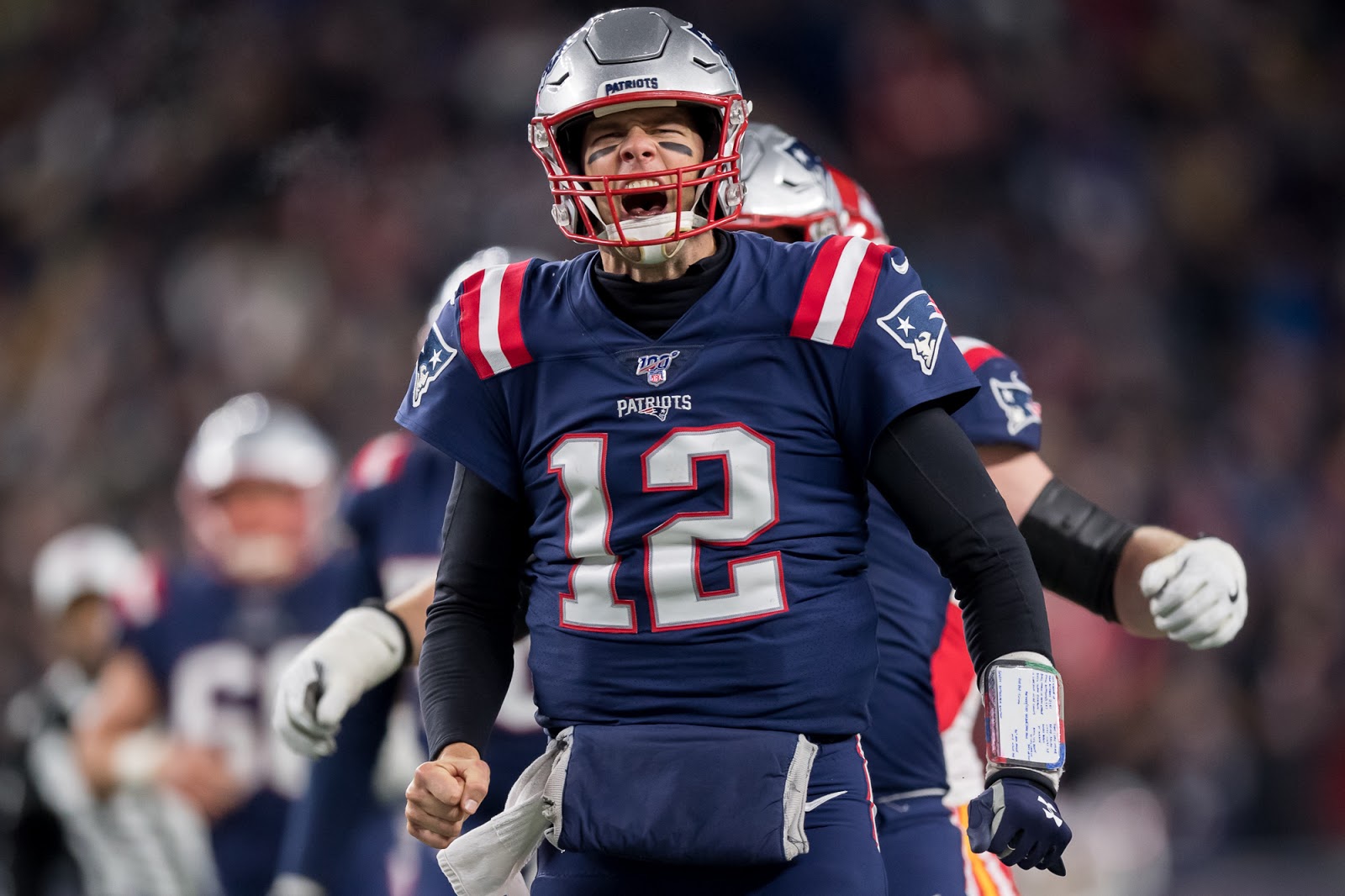 This is not something I expected to write today. I swore up and down Tom Brady would be coming back to New England for the remainder of his career. I refused to believe any of the rumors about him leaving.

I guess I should have.
The greatest player this franchise has ever and will ever employ is leaving the organization he called home for 20 years. It sucks. I'm certainly bummed.
But above all, I'm thankful.
I'm thankful that Bill Belichick decided to give a young, unknown kid a shot in 2001 after their then franchise quarterback (Drew Bledsoe) was eligible to return after suffering a life-threatening injury. And I loved Bledsoe. He was the first quarterback I considered my favorite as a young 90s kid.
I'm thankful that Brady always put the team above himself and would consistently take less money than he was worth to help put other pieces in place. Outside of Brady's play on the field, this might be the most important thing he did.
I'm thankful for Brady's accountability and leadership. If he didn't play well, he'd let you know. Though sometimes he'd get heated and lash out, his leadership was never questioned and you have never once heard a current or former teammate bash him.
I'm thankful for Brady's sense of humor, which is an underrated part of who he is. From his social media to his appearances in movies and commercials, there have been no shortage of funny Brady moments.
Most importantly, I'm thankful for Brady's play on the field. Maybe that sounds selfish, but that's where his value was at its obvious highest.
There are so many games I could talk about that make me smile ear to ear to this day, and mostly all of them involve something Brady did. Whether it was leading a game-winning drive in every single Super Bowl the Patriots won or in other big games, goofily scrambling for first downs, running out of the tunnel screaming "LET'S GO!" he was at the forefront of every single great Patriots moment during this 20-year run.
The comeback from 28-3 in Super Bowl LI, leading a game-winning drive against the Seahawks in Super Bowl XLIX, comebacks against Denver, New Orleans and Cleveland in 2013, against Buffalo on Monday Night Football in 2009 (his first game back from an ACL tear), the entire 2019 post season run after media "experts" claimed the Pats were done (they'll deny it now, but The North Remembers), are just a few of the many memories I'll have of the Brady era.
I am 28 years old, and the Patriots have been a perennial powerhouse for most of my life. Brady has been the quarterback of this team since I was in fifth grade. A constant in my life is no longer that, and it's difficult for me to accept.
That being said, this was going to happen at some point. I wish it wasn't happening now. I wish Brady would come out and say "ha, tricked ya! I'm coming back to New England." Nothing good lasts forever.
I genuinely hope Brady continues to play. I'm not ready to see him hang it up yet. And if it can't be the Patriots who win the Super Bowl, I hope Brady is able to win as many as he can before he decides to walk away.
I don't see a scenario in which I'd ever meet him (that'd be pretty sick if I did though), so I'll say it here:
Thank you, Tom, for all you've given me as a fan and so many others. You deserve the right to do whatever you want, and I hope you are as successful in whatever comes next as you've been your entire career. Let's chug a beer sometime.
Follow me on Twitter - @JesseGaunce