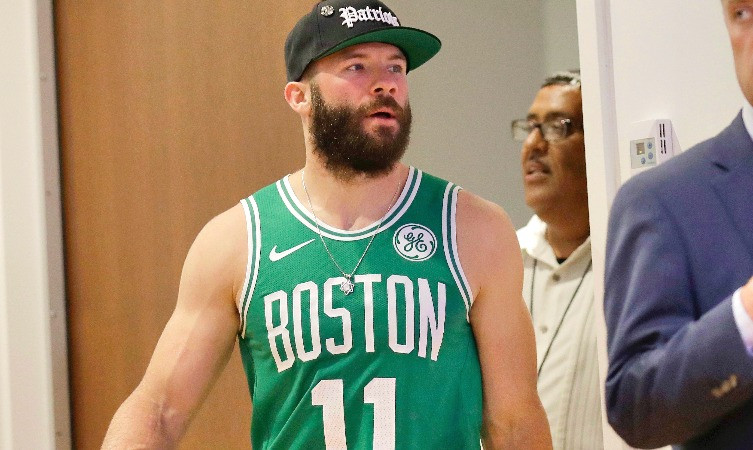 While several Patriot players have been using their social media platforms to campaign for the return of Tom Brady, no one has quite taken it to the level that Julian Edelman has.

Jules has even gone as far to create a merchandising scheme (link in the tweet below) with the purpose of advocating for Brady to remain in New England.

It has been no secret that Edelman and Brady have grown close over the years, but I think this move might take the cake. In addition to creating all this merch, Jules has also recruited the help of the Boston Celtics in his fight as well.

Several Celtic players were seeing repping their new shirts on the court, so it is needless to say that Edelman is certainly doing his job in trying to keep his quarterback.