How the Patriots can create more cap space for themselves 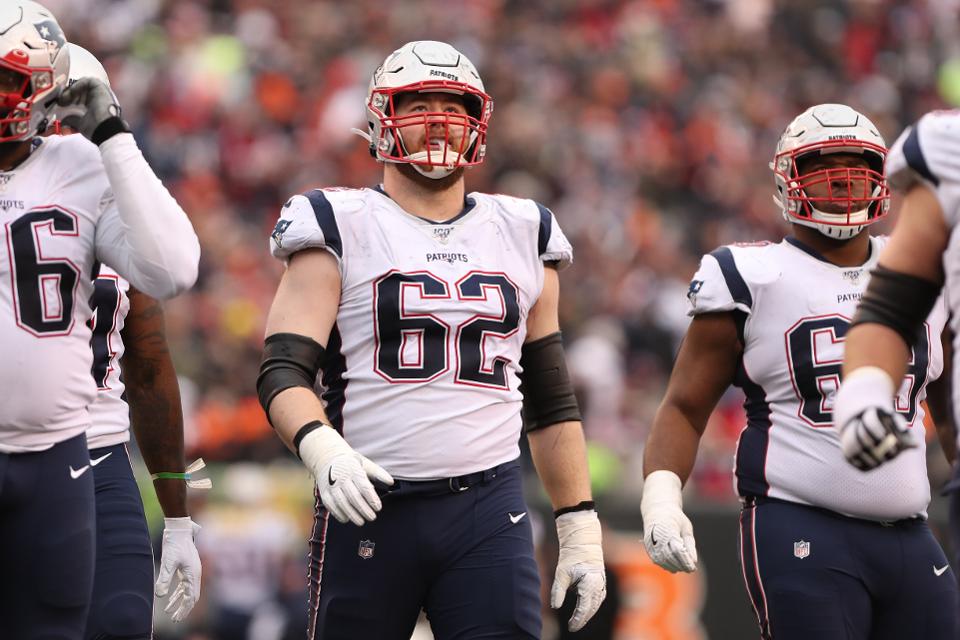 It is no secret that the Patriots are a little tight in the cap space area this year, as we have seen veteran after veteran free agent sign elsewhere. As it stands right now, the Patriots are floating around the 1 million area in cap room (overthecap.com) , so there isn't much room to do anything at all.

So why do the Patriots have such little cap room? Well the dead money factor is one of the biggest hits for them as they have over $25 million in dead cap for players like Brady ($13), Antonio Brown ($4.7) and Gostowski ($3.2) just to name a few.

With notable free agents still on the market and a bunch of draft picks to sign, the Pats will have to create some cap room and fortunately for them, there are some pretty easy ways to do so.

One big reason why the team has such little room is due to the franchise tag placed on Joe Thuney, which is valued around $14 million. While the team was able to lock up their best offensive lineman, the cap hit is pretty severe, so they will either have to restructure Thuney's deal or trade him elsewhere. I'd be a little surprised to see them deal Thuney out, as if that was their initial plan they likely would have already done so. The best option for the Pats if they do intend on keeping Thuney is to lock him up in a multi-year long-term extension, as that would relieve a lot of his cap hit for the coming season.

Stephon Gilmore is another way that New England could work out some cap space. The reigning defensive player of the year is due roughly $18 million in 2020, so by reworking his contract to more incentives and a bigger bonus, the Pats would be able to alleviate Gilmore's cap hit and spread it out over several years. In a similar contract situation is Dont'a Hightower who can either be resigned or cut. I don't see much of a point at all in cutting Hightower as he is invaluable to the defense and most of the linebacker group as already left, so cutting him doesn't even seem to be a reasonable option. What they could do is work out some sort of extension deal to keep Dont'a and spread out his cap hit.

The next and final major option would be cutting some veteran players. Mohamed Sanu keeps getting brought up which would clear around $6 million, but in an offense that had major struggles last year, I don't really see what there is to gain by letting Sanu go at this point.

The team could make similar contract moves with several players on the team, but here are just a few quick and easy ways to make some more room in the coming days.