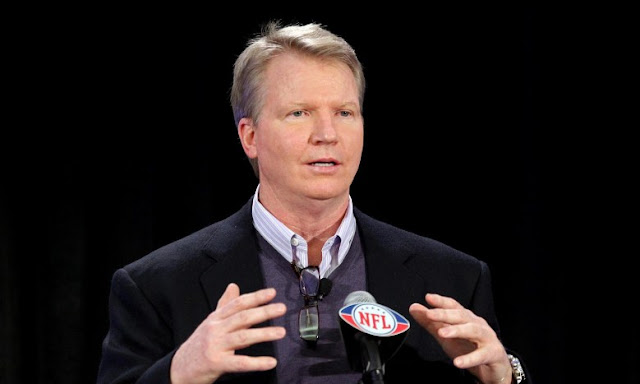 Steven Ruiz/ For The Win

This offseason has been one for the ages. It's felt like it will never end. The is offseason has some positives though too. The Patriots drafted two highly respected tight ends, especially after a year they were needed most. The Patriots also are getting Mohamed Sanu back, fully healthy. Not to mention N’Keal Harry will enter his second year and of course, Julian Edelman. While there isn't much positive surrounding the Patriots right now, Phil Simms believes that the Patriots can enter a "new era of winning."

First, let me say I'm not a huge Phil Simms guy. Most of the things I see from him, I scroll right past it and don't think twice about it. That being said, I have been seeing similar quotes from other people that I do respect in the industry and felt that his words should be shared. In a recent interview with WEEI, Simms talks about the Patriots and their future.

“I would say this: If the Patriots have a winning season — and Bill will hate this — but I think that’s a tremendous plus, tremendous, given everything,” Simms said to the Boston Globe's Tara Sullivan. “And if they have a winning season, then look out, they’re coming back and it’s going to turn, go right back into another era of winning. I really believe that.”

Simms also talked about the the upcoming season and their schedule.

“Listen, I’m not going to tell you anything you don’t know," he said. "Everyone knows it. It’s business as usual up there. They’re not running around going, ‘What are we going to do?’ We know that. A great way to describe it is that it’s as if they are soldiers, they just march, and that’s what they do. It never changes. They’re just so steady. They’ve got it down and they keep working on it, saying, ‘We do what we do.’ When there are new ideas, they add onto what they’ve got. They keep building and building.

“I’m sure there’s no anxiety, I know people don’t believe that. I’m just telling you I know, they’re not going, ‘Oh no!’ If there’s any anxiety, it’s that they drew the hardest schedule in the NFL.”

It's easy to get on social media and see the negatives on the Patriots. Tom Brady plays for the Buccaneers, the Pats lost some crucial defensive players, and let's face it, the Pats offensive weapons aren't exactly the most scary group. All that being said, who cares? The Patriots are building on their future. I would rather the Patriots rebuild now and have another few runs at the super bowl in the next decade, rather than keep the older group around for a few years and then implode. We have been so spoiled as Pats fans in the last 20 years. I see it all the time on twitter. "But the Patriots aren't going to be successful with Stidham this year." Who gives a crap. At least give the guy a chance. Let me tell you a secret. Tom Brady wasn't going to be playing forever. He was going to retire eventually. He's not around anymore and there's nothing we can do about it. Whether it's Stidham or someone else the Patriots were bound to move on and we gotta get the future figured out.