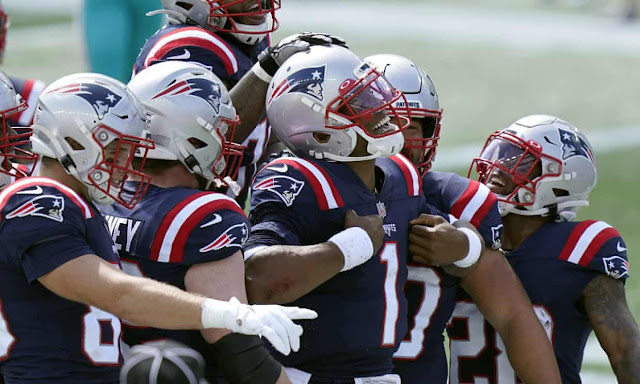 The Cam Newton ERA of the New England Patriots is here. From the very first snap, the Patriots were moving down the field in ways that a Patriots fan has never seen from this team. The Patriots first four snaps of the season were all runs with two of the plays being read options. Cam Newton went 15-19 for 155 yards. Newton also led the Pats in rushing with 10 rushes for 75 yards and two touchdowns.

Cam was effective on every level of the game. He was accurate on important passes. Cam also didn't take big hits like he has the past two seasons.  Edelman and N'Keal Harry looked really good too.  The Pats were truly clicking on all levels yesterday. Especially for it being their first game as an offensive unit.

I don't want to make too much of the first week. Especially against the Dolphins. However, I don't see how Patriots fans across the country aren't really excited with this team going forward. So for now...

SUPER CAM IS BACK