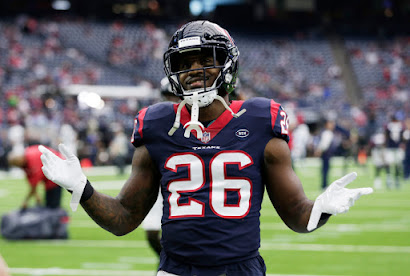 (AP Photo/Michael Wyke)
Lamar Miller's first week of practice with the Patriots got off to a strong start.
He spoke with the media via a video conference this week and was asked about his first impressions with the team.
Miller stated the conditioning part stood out to him. "I've never ran that much. It was just different for me."
"They make sure you're in top, great shape," he continued. "Coming in here, once they put you through the conditioning stuff, that was something different for me."
This elite level of conditioning is what has helped the Patriots win 6 Super Bowls and be contenders every year. When you play in New England, you're expected to play more games after the 16 game season concludes.
For Miller, he needs to get into prime shape fast. After being activated off the PUP List this week, he only has 8 days now until the season begins.
Twitter and Instagram @NickRufo21