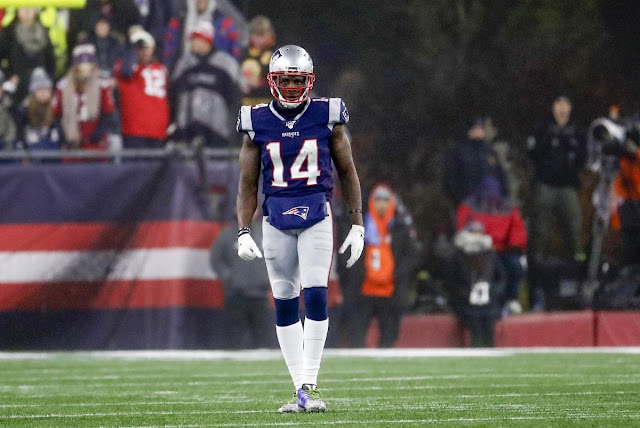 Rap broke the news first just about an hour ago.

Slightly after the initial news broke, however, there were some complications.

The release won’t be in time for today’s wire, and we’ve seen examples of teams who ended up trading players they intended to release. With so many WR-needy teams, Mohamed Sanu is one to watch. https://t.co/DiL73ANdfV

I don't believe this effects much. I can't see a team putting a trade package together for Sanu when they know the Patriots already will get rid of him anyways. So I can see Sanu getting officially cut bright and early tomorrow.

I have VERY mixed feelings about this, however.

On one hand, thank God Sanu is off this team. He was a bum, he was a scrub, and he was overhyped. He was only brought on this team because Brady gave Kraft a list of receivers he wanted and Brady had to be pleased.

Look how that worked out though. We don't win shit in 2019-20, Brady leaves, and Sanu exits the Patriots the Patriots with 26 catches for barely 200 yards and 1 touchdown in 8 games.

AND most importantly, we traded a SECOND rounder for that garbage production. I wrote the article months ago when news broke the Pats made a move for Sanu, and I knew that was way too much value. Hated the trade then, and hate it even more now.

On the other hand, I'm pretty sure the Pats cleared a hell of a lot more cap space... and a big move could be coming.

The Patriots have “expressed interest” in Leonard Fournette, per @jeffphowe 👀 pic.twitter.com/95ElONB8v0