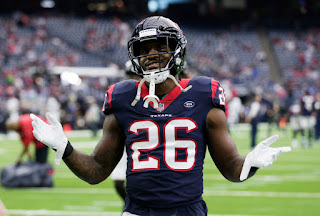 Well, that didn't last too long.
A lot of people thought the Patriots running back woes were going to come to an end when they signed veteran back Lamar Miller not too long ago.
Schefty dropped the bomb first this morning.

Just the other day I wrote about how Lamar was blown away by the Patriots conditioning. Maybe he couldn't handle it, and it showed.

His tenure is cut short, and the Patriots will continue to roll with the same group from last year of James White, Sony Michel, Rex Burkhead, and Damien Harris. Boy it would've been nice to land Fournette.