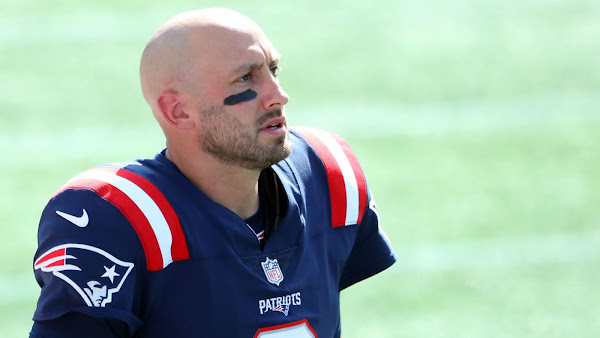 SN/Getty Images The Patriots played in Arrowhead staduim tongiht after their game yesterday was postponed due to COVID concerns. The Patriots played as well as they couldve for a team with Bryan Hoyer tonight. I'm not rying to trash Hoyer because he is a back up quarterback. He lived up the his expectations. He played average. If Cam Newton plays this game; it might be a different story. The Patriots lost to the chiefs 26-10. Bryan Hoyer led the Pats in passing going 15/24 for 130 yards and one interception. Damien Harris led the Patriots in rushing with 100 yards on 17 carries. Damiere Byrd led the Patriots in recieving with 5 catches for 80 yards. N'keal Harry had the only Patriots touchdown. Patrick Mahomes led the Cheifs in passing going 19/29 for 236 yards and two touchdowns. Clyde Edwards-Helaire led the Chiefs in rushing with 64 yards on 16 carries. Travis Kelce led the chiefs in recieving with three cathes for 70 yards. Tyreek Hill also scored for the Chiefs. Overall, I'm not that upset over this loss. The cheifs are a super bowl contenders and I think the Pats held their own tonight, despite the score. THe Patriots defesnse played as well as you could ask for what seemed like they were on the field every two minutes. Jared Stidham came in at the end and looked okay. He wasn't incredibly impressive and he threw two interceptoins, one of them not being his fault. It'll be interesting to see how the Pats do going forward and I think it depends on if Cam Newton can play. Time will tell but the Patirots play the 49ers at home next week. Follow me on twitter: @nicseeley12