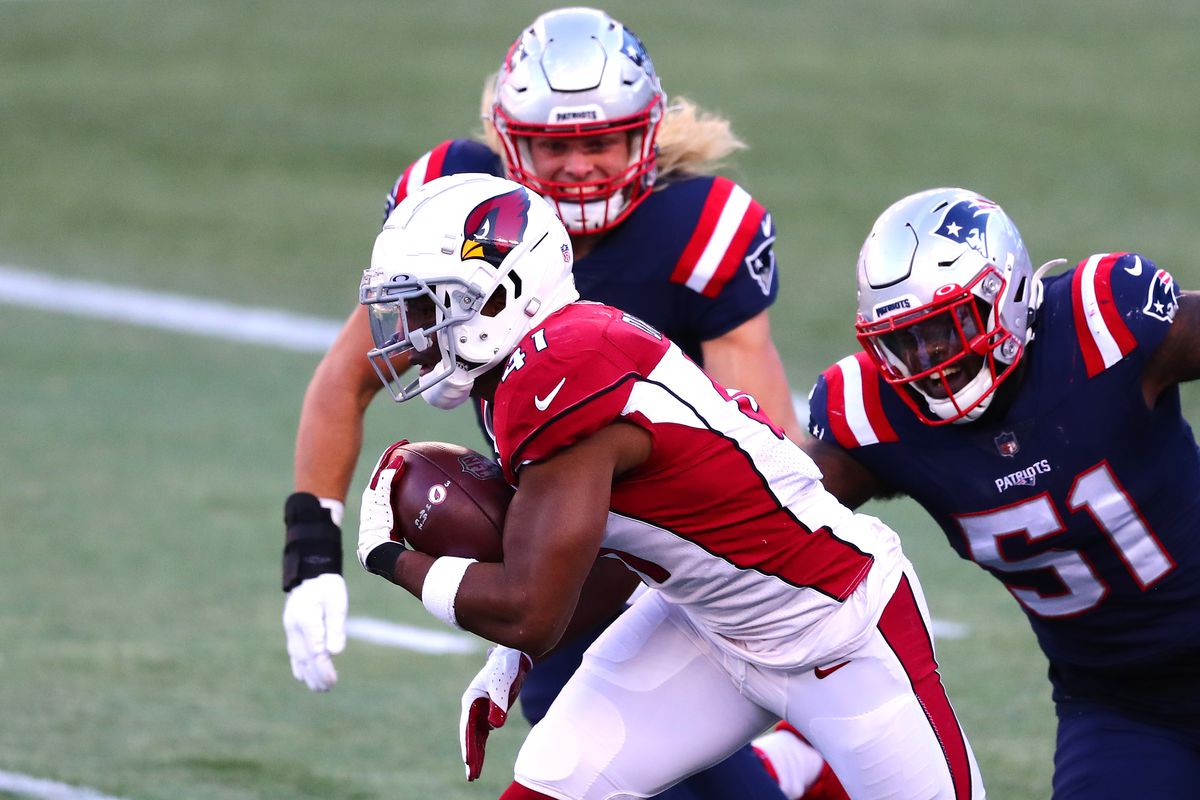 The New England Patriots hosted the Arizona Cardinals in a game where both teams were desperate to leave with a win.
The Pats got off to a very slow start which has been a common theme for them this year. Making it 8 out of 11 games this year where they haven't scored a first quarter touchdown. The Pats defense also started slow letting up 10 points in the first quarter to the Arizona offense.
It appeared it was going to be a long game for the Pats defense but a huge stop on 4th and goal with 3 seconds left in the first half proved to be a turning point for them. Going into half-time with confidence that they could stop the Cardinals offense.
The Pats came out of halftime seeming to be a new team. Scoring 10 points on the back of big Damien Harris runs and a touchdown from James White, which was his second on the day. The defense also tightened coming up with a huge interception that led to a Pats score. Containing Kyler Murray on both passing a rushing, and limiting the always dangerous DeAndre Hopkins to 55 yards .
Cam Newton had rough day only throwing for 84 yards, 0 touchdowns, and 2 interceptions. He was mostly just a game manager for the majority of the game.
The unsung heroes of this game was the special teams with two huge runbacks by Donte Moncreif and Gunner Olszewski. Also with a punt downed by the Cardinals goal line early in the game.
The Pats went on to win 20-17 on a game winning field goal . Hopefully they can carry this momentum into next weeks game in Los Angeles against the underrated Chargers.