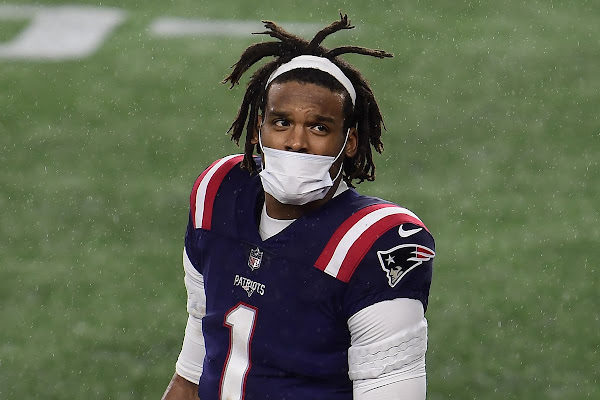 Billie Weiss/Getty Images There havent been a lot of uncertainties for the Patriots over the last year. How will they do in their first season with out Tom Brady? Who will replace Tom Brady? Can Cam Newton work in the Patriots offense? You get it. We all do. Its been a year of figuring themselves out. Week after week, Cam Newton's performance is questioned by Patriots fans. Unfairly might I add. Yes, Cam has made his share of mistakes, but to act like he is sole owner of the teams problems is asinine. Cam Was asked on an interview with WEEI about his future as the Patriots quarterback. “Man, I have interest in winning the Arizona Cardinals game,’’ he said, citing the Patriots upcoming opponent. “How about that? “There are so many things that — I don’t want to even harp, dwell, or even think — as the Bible says, my cup runneth over. Just trying to focus on the near future rather than the far future.” The only certianty of this year, in my opinion, is that Cam deserves more time to prove himself at quarterback. Cam not only should be the starting QB next year but hes earned the right for the Patriots to build around him for the shorterm. Give him a three year contract, with a player or team option after the second year. Get Cam some help at receiver. I really like Jacobi Meyers and Damiere Bird. They have stepped up for the Patriots this year after losing Edelman to an injury. Theres no doubt in my mind that Cam, Belichick, and McDaniels can win a be a Super Bowl together. Theres four games this year that we will look back on. They've been "close calls." The Jets, Bills, Texans, and Seahawks. Yes, the Patriots could very well be 3-7 had they not beaten the Jets. At the same time, they could also be 6-4 right up there in the playoff hunt if a handful of plays went their way. Follow me on twitter: @nicseeley12