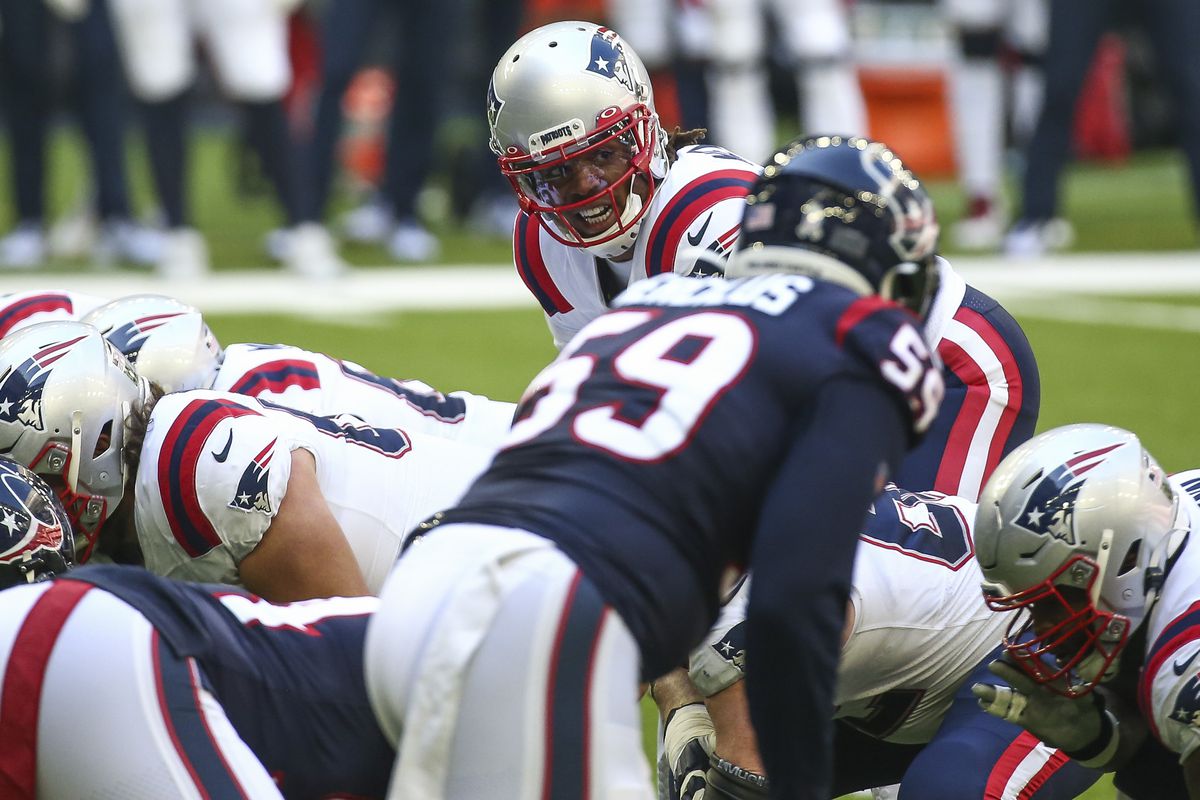 (Troy Taormina-USA TODAY Sports)
The Patriots were cut down short this afternoon in Houston, falling to 4-6 after a 27-20 loss to the Texans. Cam Newton went 26/40 for 365 yards and a touchdown, while Deshaun Watson had a stellar day going 28/37 for 345 yards and two touchdowns.
The Patriots were yet again playing from behind, so Damien Harris and the run game couldn't quite get going, only carrying 11 times for 43 yards and an early TD. Damiere Byrd did have himself a day however, hauling in 6 balls for 132 and bomb touchdown from Newton.
Not only did the Pats suffer a tough loss on the scoreboard, but two big losses on the field as well as Rex Burkhead was carted off after an apparent knee injury and Isaiah Wynn walked off under his own power after with an injury to his knee as well.
The season isn't officially over for New England, but it has certainly become much more difficult as their playoff hopes are slipping away from their control.
The Pats will head home for another tough mobile QB in Kyler Murray and the Cardinals next week at 1PM. Every game going forward is most certainly a must-win, so buckle up and get ready Pats fans, still a lot of football left to go.
Follow me on Twitter-@Tommy_Quigley
Click here for more content-nePatriotsLife.com