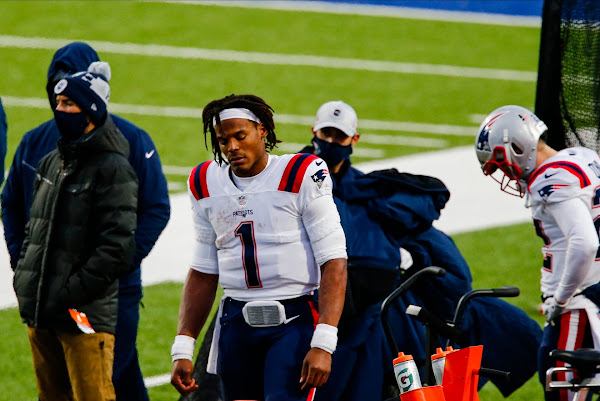 John Munsun/ AP The Patriots were deemed a favorite to buy or sell heading into the trade deadline. Nobody knew what they were going to do. Were they going to aquire a big-name weapon for the offense? Were they going to trade Stephon Gillmore? Of course there were the trade rummors for Julio Jones, A.J Green, and practically anyone else who would "make sense" on the Patriots roster. Fast forward past Tuesday, and the Patriots aquired a wide receiver from the Miami Dolphins named Isaiah Ford. The Patriots traded away a conditional sixth-round pick in the 2022 draft. Ford has had a decent season so far. Ford has had 18 receptions for 184 yards, averaging 10.2 yards per catch. With the current receiving corp, anyone like this can provide help to the offense and also to Cam Newton. The big key to understanding the Patriots and Bill Belichick is...DON'T. Don't try to figure out what is going on in the mind of Bill Belichick. It's never going to happen. For years Patriots fans, media, and league sources have tried to predict Belichick's next move. I am excided to see how Isaiah Ford fits in with the Patriots current receiving corp. The Patriots play the Jets this Monday night. I dont expect to see him much given that Patriots offense is pretty complex, ask Chad Ochocinco. Follow me on twitter: @nicseeley12