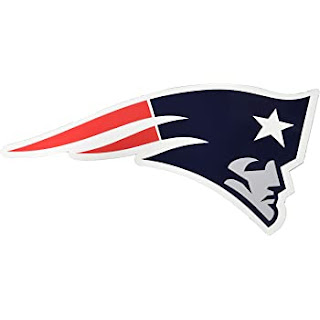 Even after a monstrous win last Sunday, and victories in 4 out of their last 5, the Patriots are still on the outside looking in.
With the Buffalo Bills winning on Monday night, the division is pretty much out of grabs.
The Patriots have to hope for some luck and grab a wild card spot by winning out and having some other teams lose. Luckily, with the NFL imposing a new playoff system, there are now 7 teams that make the playoffs, which gives the Pats some hope.
The win was huge on Sunday, as the Pats need to do everything in their own power to make a playoff push. But almost everything stood the same when it comes to the playoff picture, because the Raiders, Dolphins, Bills, Browns, and Colts all won.
If the god damn Jets didn't lose on purpose in their effort to tank the Patriots would have moved up a spot, because they would have had the same record as the Raiders at 6-6, but possess the tiebreaker over them because of their head to head win.
As it stands, the teams ahead of the Patriots for wildcard spots are the Dolphins, Raiders, Browns, and Colts/Titans. The Patriots have one more matchup with the Dolphins which could prove to be the deciding factor.
Twitter and Instagram @NickRufo21