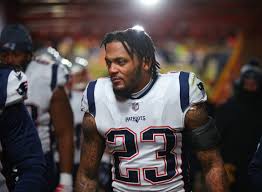 Bad news broke for the Patriots as lifetime Patriot defensive back Patrick Chung announced his retirement via his Instagram.

Chung spent his entire 10 year career in New England and was a vital part of the 3 Super Bowl runs in the last decade.

It is sad we saw Chung's last game without knowing it, as he decided to opt out of last season due to COVID19 worries.

Chung was one of the league's top defensive backs for a period of time and he will be greatly missed on this roster. As much good this offseason has brought with all of the key signings and trades, there has been a lot of departures that are toying with my emotions. Thuney, Andrews, and now Chung is the newest name on that list. I expect more to come as well.

The 3x Super Bowl Champion ends an illustrious career with 773 tackles, 11 interceptions, and a member of the Patriots All Decades Team.