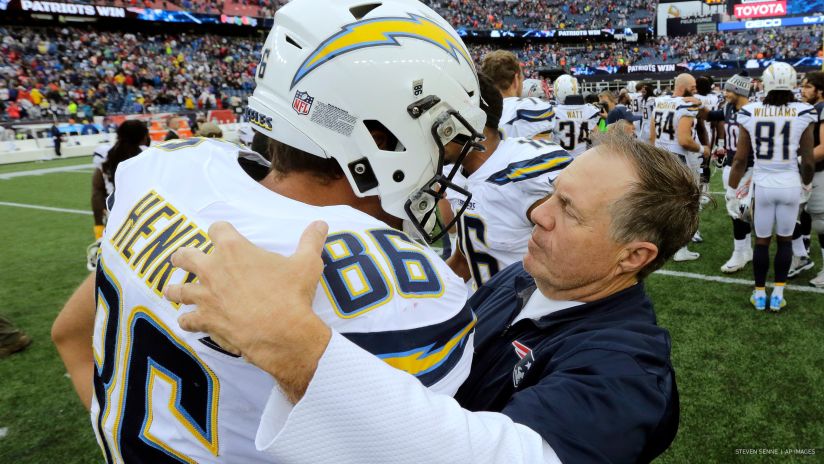 (Chargers.com)
Just when you thought the Patriots were settling down, Bill Belichick opens up day two with signing one of the top offensive weapons on the board. New England already had one of their biggest days in offseason history yesterday, but look to keep that wave going as they bring in former Chargers star Hunter Henry to a 3-year $37.5 Million deal.
After the signing of Jonnu Smith to open up the day yesterday, the Patriots now have one of the most formidable tight end units in the whole league.
Bill Belichick has been no stranger when it comes to shelling out support and praise for Hunter Henry, but many people (myself included) just figured that Jonnu Smith would be a better fit and Henry would go elsewhere. I've never been more happy in being wrong, as the two tight end system in New England is BACK baby.
All these moves on offense has to make you wonder if this means the Pats will roll with Cam Newton and draft a top QB, or does this mean they are gearing up for a Jimmy G return? I have no idea where they lie in the cap situation, but I would be very on board for that return if it is fiscally possible.
This is new ground for us Patriot fans, I hope you are able to enjoy it as much as we have and keep an eye out for more moves today, (maybe get David Andrews to re-sign please).
Follow me on Twitter-@Tommy_Quigley
Click here for more content-nePatriotsLife.com