Mac Jones arrives in his new home at Foxboro 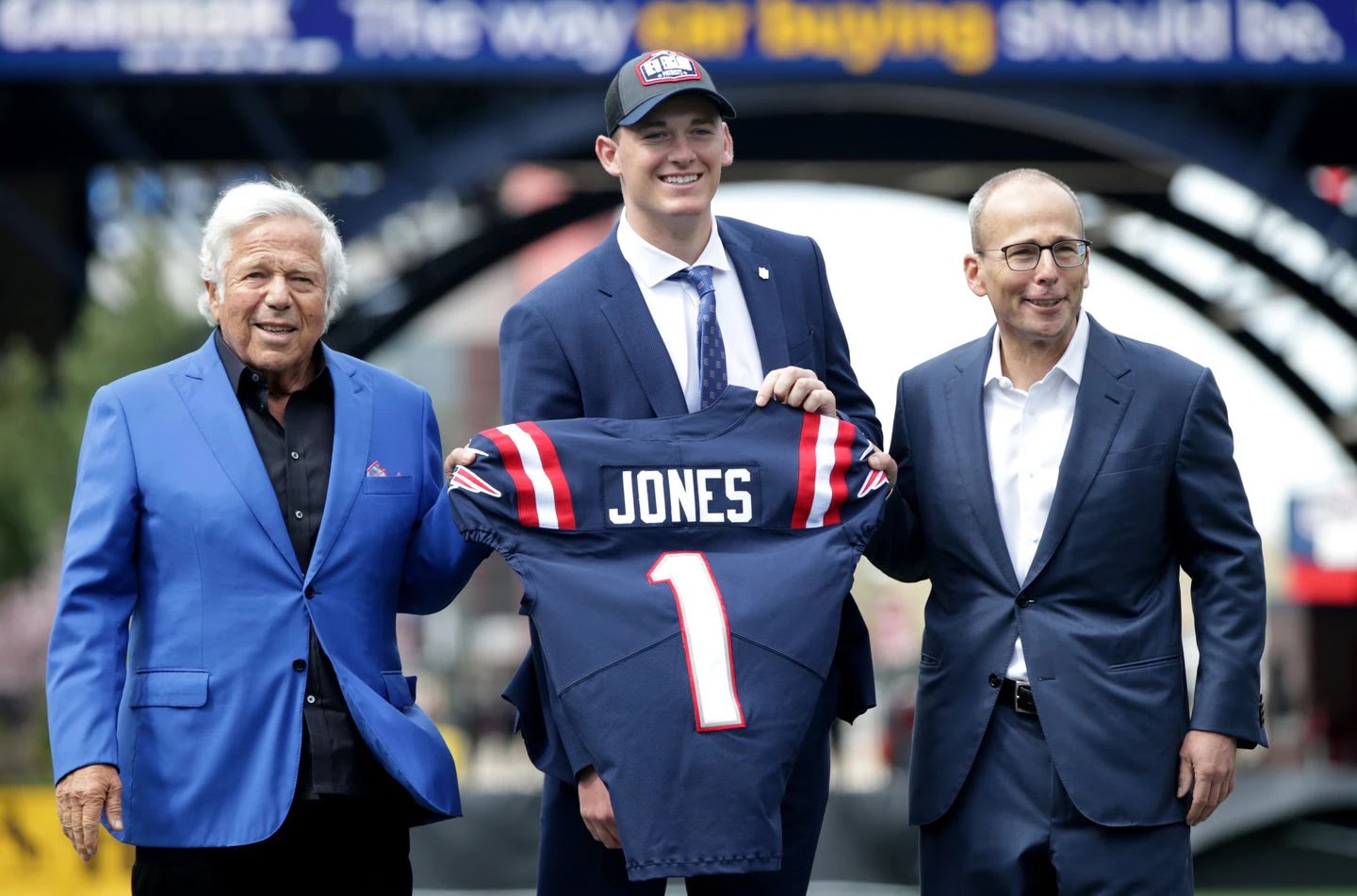 (Boston Globe)
For the first time since Drew Bledsoe, the New England Patriots have selected a quarterback in the first round of the NFL draft. After months of mock drafts, debate and speculation, the Patriots finally have their guy in Mac Jones after selecting him from Alabama with the 15th overall pick.
Jones is entering a familiar territory,  after spending his college career being coached by none other than Bill Belichicks best friend Nick Saban. So who exactly is Mac Jones and why should we be excited by him? While he won't wow you with his ability to run outside the pocket, he will earn your attention by his decision making and great passing accuracy. Being a product of the roll tide system, Mac should fit in very well with the Belichick/McDaniels scheme at the pro level.
The 22 year old arrived at Gillette Stadium to meet with the Krafts and had a sit down with Elizabeth Pehota to discuss draft night and how he feels coming into the Patriot organization. (full video attached here)
While he wouldn't tell you this on draft night, Jones said that he was actually secretly hoping he would be selected by New England. "Secretly I knew, deep down inside that this was going to happen and I started texting people I was close with like Damien (Harris) and those kinds of people."
While Jones is the new guy in Foxboro, he certainly isn't alone, as several players from Alabama have made the transition to the pros with New England.
There wasn't a ton to look forward to last season, but with a very active offseason and what appears to be the quarterback of the future, Patriot fans have a lot to be excited about moving forward with the team.