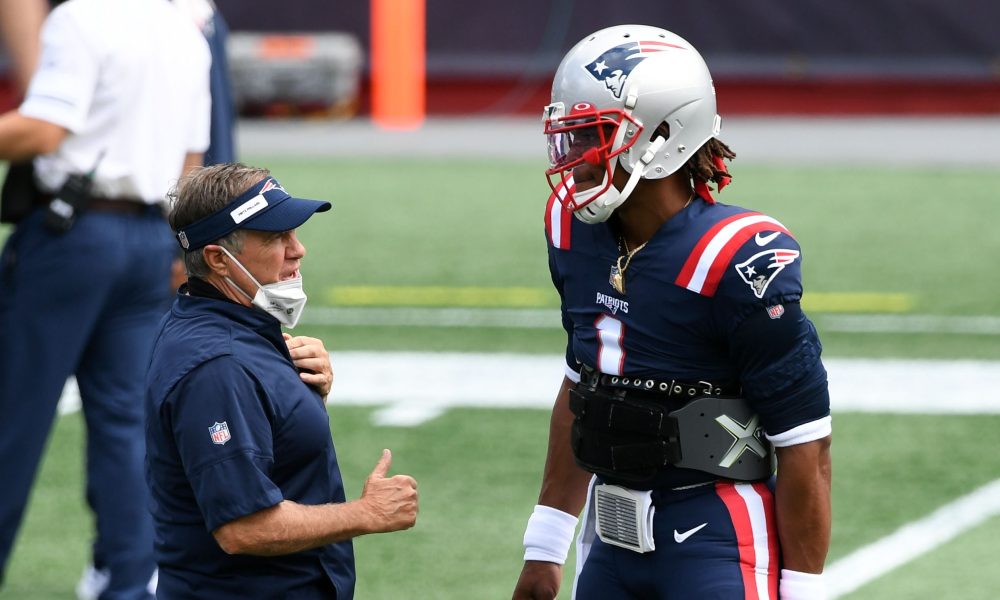 (patriotswire.usatoday.com)
Cam Newton is yet again absent from the practice field since suffering what has been diagnosed as a bone bruise, but head coach Bill Belichick doesn't appear to be too worried about his quarterback.
"He's doing alright," Belichick said during his Thursday morning press conference. "He won't participate today, but he's getting better." When asked about the severity of the injury, Belichick provided his usual candid response, "No. He's not out there, but I think he'll be all right. Yeah."

Newton suffered the injury to his hand on Fridays practice when he appeared to hit his hand on a teammates helmet. Although Newton stayed at practice, implying the injury wasn't anything too serious, he hasn't been able to participate in any of the much needed practice reps that he so desperately needs to get himself more comfortable in the New England playbook.

With Newton out, that would provide more reps and opportunity for the young guys like Mac Jones and Jarret Stidham to step in and try to compete for the 2 or 3 spot.

With players starting to get ramped up for mandatory camp, we will all just have to wait and see just how long this hand keeps Newton out of the starting lineup.