The future looks bright for the Patriots 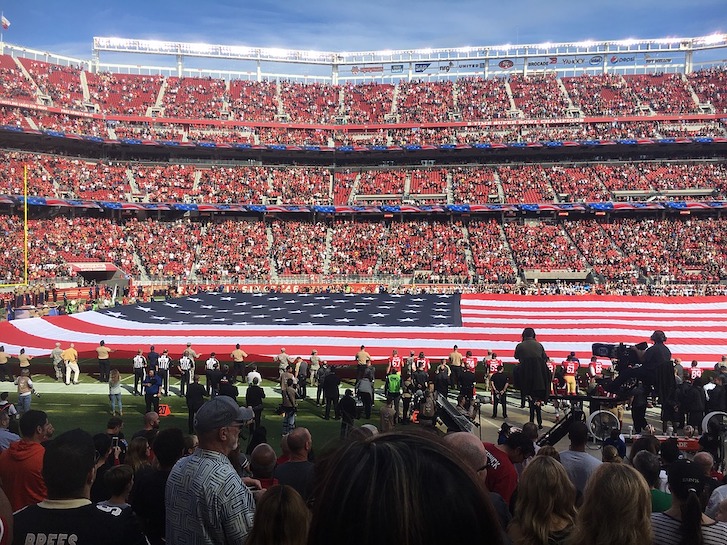 The New England Patriots struggled to a sub-.500 season in 2021. It was the first time since the 2000 season the Patriots failed to post a winning record, which was also the last time anyone other than Tom Brady was under center for the franchise.

Clearly, the quarterback play was an issue last season with the combination of Cam Newton, Jarrett Stidham, and Brian Hoyer combining for 12 touchdowns and 14 interceptions. The hope is that drafting Mac Jones to compete with Cam Newton this training camp will increase overall quarterback play. Despite the still elusive feet of Newton, the Patriots allowed 37 sacks last season, which means the offensive line needs to improve this season.

One member of the offensive line has the utmost confidence in the unit moving forward. Trent Brown, who began his career with the 49ers in 2015, played a single season with the Patriots in 2018 before playing the last two seasons with the Raiders. He returned to the mix with the Patriots and talked about how he has high expectations for the line.

While having supreme confidence in his own ability, Brown believes the Patriots will have one of the best offensive lines, if not, the best line in the NFL. The key, according to Brown, is to keep working on the fundamentals, basic techniques and the unit will be fine.

There is reason to believe what Brown is saying. After all, the Patriots are returning many of the same players as last year and they have a lot of experience along the line. The improved play off the offensive line should add to the production of the quarterbacks, running backs, and receivers as a whole.

With better pass protection, Newton or Jones (whoever ends up starting at quarterback), will have more time to find the likes of Jakobi Meyers, Nelson Agholor, and Kendrick Bourne. This will undoubtedly improve the Patriots offensive output from their relatively anemic 20 points per game last season.

The NFL game is won and lost up front. The Patriots are confident at least one side of the ball will hold up its end. Should the line come together as expected, the Patriots will show that the 2020 season was a blip on the radar and should return to postseason action in 2021. The NFL point spread across websites shows that people are expecting a better run for the Patriots this time.