2021 Updates: How will Patriots’ opt-outs impact the roster?

Nothing was the same for New England since Tom Brady left, and last season’s 7-9 record makes it difficult to prove otherwise. Granted, the Pats’ difficulties last season were exacerbated by the numerous opt-outs last year due to COVID concerns. With reports that last year’s opt-outs are planning to return, let’s take a look at how these players can impact New England’s upcoming season.

Despite the retirement of former Super Bowl MVP Julian Edelman, the Patriots did not hold back in shoring up the roster in hopes of returning to contention as quickly as possible. The Pats’ re-signing of Cam Newton and drafting of star college QB Mac Jones, and the other moves they’ve made in the offseason should help with the Pats’ resurgence together with the hopeful return of last year’s opt-outs.

Najee Toran joined the Patriots’ practice squad in 2019 in hopes of becoming one of the Pats’ O-line anchors of the future, but his opt-out last season prevented him trying to earn a backup spot along the interior offensive line.

The starting O-line has lost a key cog when Joe Thurney opted to sign with Kansas, and though the opening up of a spot presents an opportunity for Toran, there’s no guarantee that he could make it to the starting lineup. Toran is yet to show that he deserves a starting spot in the NFL, and the undrafted guard will have to work his way up to earn a spot with the Pats’ reloaded roster. At most, we might see Toran earn a backup role. Until then, Toran has to put the work in to prove that he has what it takes to be a starting-caliber player.

Danny Vitale’s opt-out rendered him unable to compete with Jakob Johnson for the fullback position which opened up thanks to James Develin’s retirement, but Vitale has another opportunity to make the 53-man roster this season.

Vitale has more experience and has shown to be a better pass catcher out of the backfield than the younger Johnson, who has only shown sporadic episodes of brilliance throughout his first two years with the Patriots. However, nothing’s set in stone as of now. Vitale’s not a sure shot to beat out New England’s incumbent fullback, so he has to prove that he deserves the spot over Johnson. The best case is for Vitale to make the roster, while the worst case is that he gets cut, although there’s a possibility for him to be re-signed to New England’s practice squad.

Matt LaCosse wasn’t able to show out in his first season as a Patriot in 2019, having only played 12 games due to injuries, and catching only 13 passes for 131 yards and scoring just a single touchdown in that season. Last season’s opt-out prevented him from bouncing back from a disappointing 2019, but LaCosse has another chance to prove that he belongs and to contribute to the Patriots this year.

New England loaded up its TE reserve by signing Hunter Henry and Jonnu Smith, who are looking to be coach Bill Belichick’s starters for this season. With Dalton Keene and Devin Asiasi staying with the Patriots, it’s going to be an uphill battle for LaCosse to get playing time this season. Regardless, LaCosse still provides value as a veteran presence and locker room leader, and may still take the role of veteran backup as Asiasi and Keene continue to develop.

Brandon Bolden has proven to be a reliable presence throughout his years with New England, and his two rings with the Patriots speak for themselves. Despite Bolden’s absence last season, the Pats’ special teams and running back lineup still had a decent season in 2020. Bolden’s return is bound to provide a valuable veteran presence in the locker room, and his contributions in the field might be needed.

Bolden however needs to work his way back up if he wants significant playing time. His experience with the Patriots and under coach Belichick is invaluable, but with Damien Harris and James White ahead of him, together with Sony Michel and rookie Rhamondre Stevenson providing more depth to the running back group, Bolden will have to put in the work to see regular action. Nonetheless, his veteran presence and his role on special teams should be invaluable for New England.

New England struggled at the linebacker position in 2020. Not only did the Pats lose Kyle Van Noy, Jamie Collins, and Elandon Roberts in free agency, but Dont’a Hightower opted out from playing, leaving the Patriots undermanned at the LB position.

Ja’Whaun Bentley was the number one option last season as he had to fill Hightower’s shoes, but Bentley and other contributors weren’t able to fill the void that Hightower’s absence left. Hightower is inarguably the most valuable returnee this season. The 31-year-old veteran and long-time team captain is a two-time Pro Bowler who has won three championships with New England, and his experience and familiarity with Belichick’s system should drastically improve the Patriots’ defense. 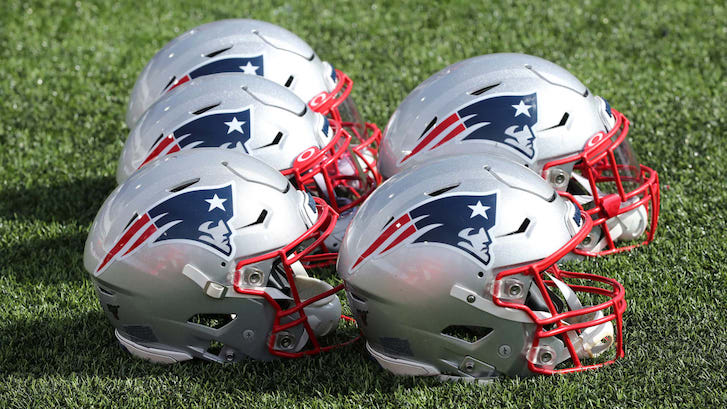