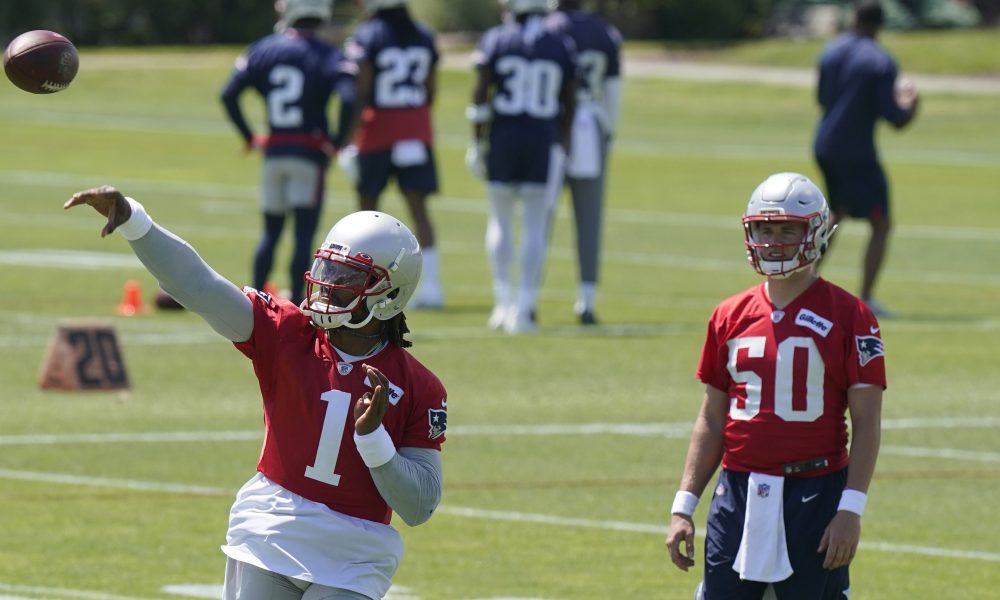 (patriotswire.usatoday.com)
Get ready Pats fans, as our return to football normalcy is almost upon us. The New England Patriots announced yesterday that they are reopening training camp to the public at the end of this month.
Free admission to Patriots training camp at Gillette Stadium's practice fields are set for Wednesday July 28th and will run through Saturday July 31st. Exact times of the practice are still TBD but will be updated on the Patriots training camp website, so keep your eyes peeled there for any updates.
In addition to normal training camp, the team also announced that they will host two practices inside Gillette as well. The first date at August 6th, will be the annual event for season ticket holders only, and the second date of August 10th will be for the general public. It is assumed that other dates will be announced at a later time in the future.
This is huge news for Patriot fans, as the Covid-19 Pandemic robbed us all from attending camp last year. This will also likely be the first real look at Mac Jones and even Cam Newton for fans, as Gillette was never able to hold fans in attendance last season. There's a lot of new faces for fans to see, as the Patriots went nuts this offseason, so make sure to let the new guys know just how dedicated the fans of New England are to their squad.
Unfortunately due to league wide Covid-19 protocol, players will be unable to pose for pictures and sign autographs with fans, as they usually do at the end of practice. In addition to NFL protocols, fans in attendance will also have to abide by state wide regulations as well. Face coverings are optional, but non-vaccinated fans are encouraged to wear them in attendance.