Who are the highest-paid New England Patriots players today?

The New England Patriots are an American football team based in the Greater Boston area and they participate in the American Football Conference East division. Their current general manager and the head coach is Bill Belichick who has six Super Bowl wins under his belt among other achievements. He continues to lead the Patriots and has an opinion about everything related to the team.

If you want to place a bet on the New England Patriots, there are different platforms you can do it on, including online bookmakers available in various states and physical Sportsbooks. If you aren't interested in sports betting, you can access an online lottery game in Pennsylvania or any other state you might live in. 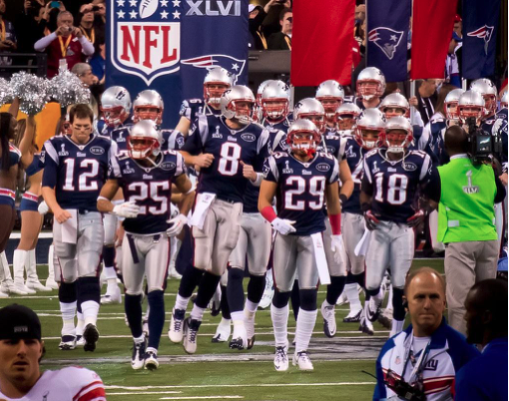 Stephon Gilmore is a cornerback for the Patriots since 2017 and before that, he played for the team that drafted him in 2012 – Buffalo Bills. Gilmore has won one Super Bowl in his career in the 2018 season against the Los Angeles Rams. He also won the NFL Defensive Player of the Year award in 2019 and as of 2020 has four hundred and eleven tackles and twenty-five interceptions, and two defensive touchdowns.

Gilmore's base salary is seven million and has around nine million more in bonuses, which makes his salary cap for 2021 at around sixteen million.

Dont'a Hightower is an inside linebacker for the Patriots since he was drafted in the first round by them in 2012. Hightower has won the Super Bowl three times and his career stats include four hundred and sixty-eight tackles and one interception, as of 2020. He opted out of the 2020 season due to concerns, but he will most likely be back for the 2021 season.

Dont'a Hightower's base salary is seven million eight hundred thousand and his bonuses are around four million, which makes him the second-highest salary cap in the Patriots for this season.

Devin McCourty plays as a free safety for the New England Patriots since he was drafted in 2010. His statistics include almost eight hundred tackles, twenty-eight interceptions, and two touchdowns, as of last season. With the Patriots, McCourty won three Super Bowls and is highly involved in philanthropy. Devin McCourty's base salary is the highest in the team (eight million), but his bonuses are only about three million in total.

Shaq Mason is an offensive guard and he played his whole career in the Patriots since he was drafted in 2015. Since then, he has won two Super Bowls with the Patriots. His base salary is six million and he also has another three or so million in bonuses, which makes his salary cap the fourth-best this season.

We thought we would list a couple more Patriots with a salary cap of over five million dollars for this season, so the list doesn't seem this short, but we won't go into specifics about them. The salary data you see here came from Spotrac.