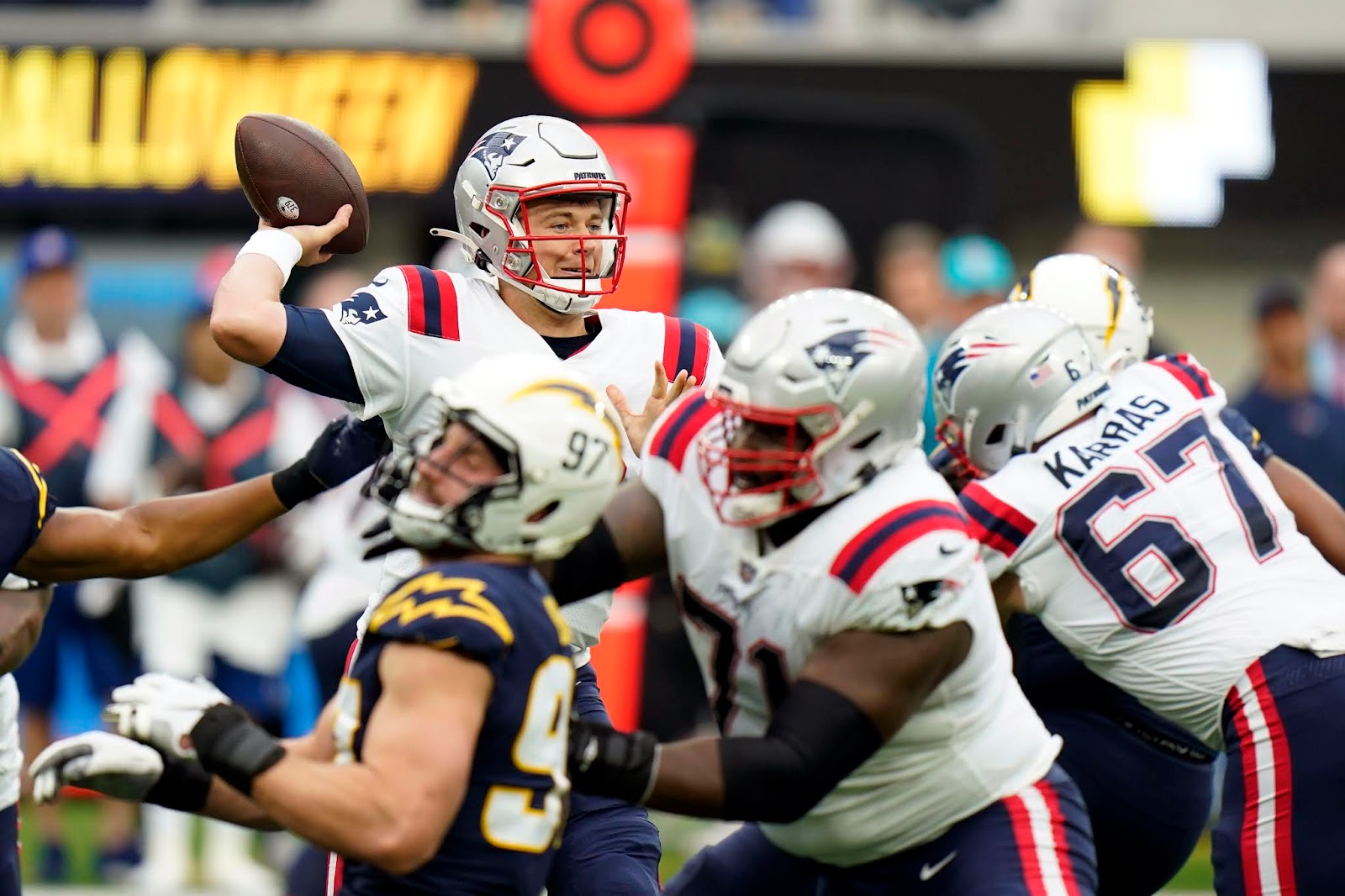 (Bostonglobe.com)
The New England Patriots were able to sneak out a 27-24 cross country road win over the LA Chargers. It wasn't the prettiest performance for rookie Mac Jones, as he went 18/35 for 217 yards. The biggest drive of the game came late in the fourth, with Mac leading the offense down on a time killing drive to put the Pats up 10. Damien Harris continued his strong ground game, grabbing 80 yards and a touchdown off 23 carries.
The defense struggled early, but ultimately kept the high powered Chargers offense at bay, holding Justin Herbert to 223 yards, 2 INTs and 2 TDs. Former Charger Adrian Phillips had himself a nice revenge game, grabbing both interceptions. Christian Barmore and Matthew Judon stepped up with a big sack late and kept the pressure on Herbert all afternoon.
With the win, the Pats move up to .500 on the season and remain undefeated on the road. This is the first "real" win (not beating the Jets or Texans) that the Pats were able to pull out, which has to give Patriot fans a good feeling moving forward. To travel to the west coast and to beat a very solid team like the Chargers, is a real statement to how this team is shaping up and getting better as the season goes on.
The Pats will be traveling to North Carolina for a reunion with Stephon Gilmore, as they will be taking on the 4-4 Carolina Panthers.
Nothing quite beats a great team win on a Sunday afternoon!
Happy Halloween folks! Candy responsibly.