Pats get first home win in blowout over The Jets 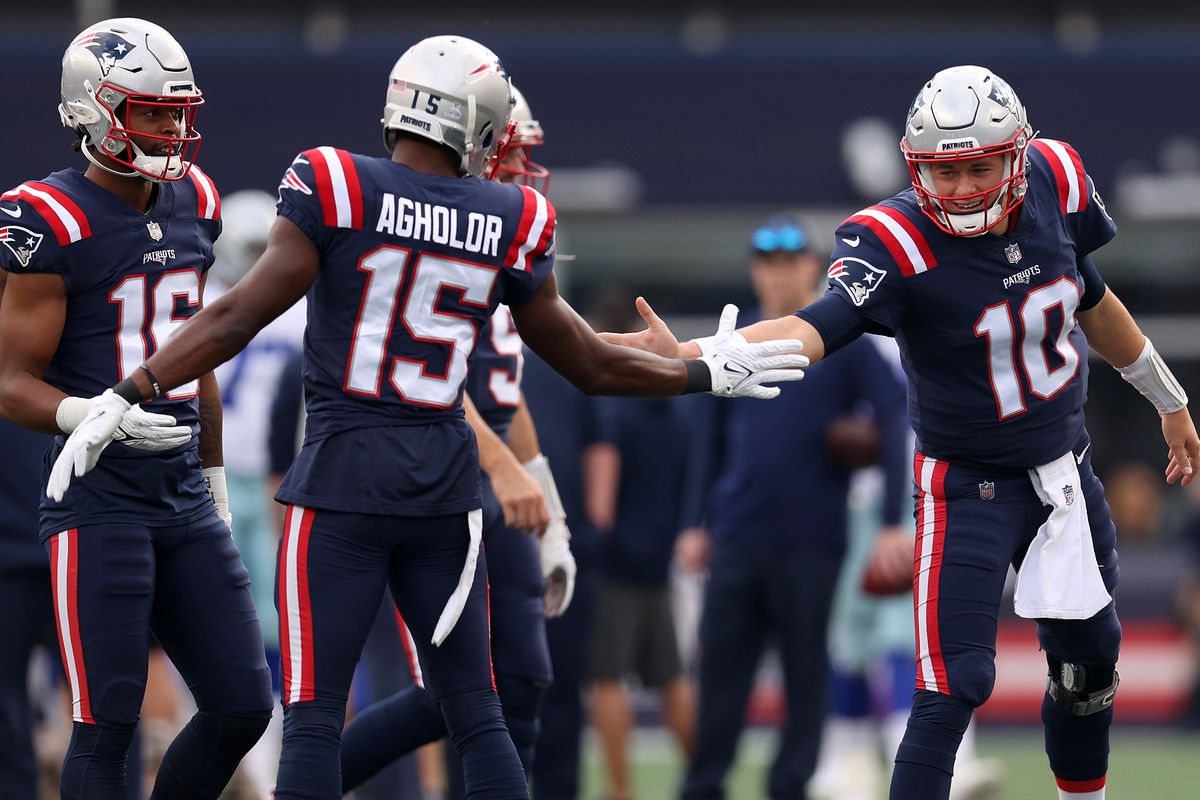 (Photo by Maddie Meyer/Getty Images)
Well that was a fun time wasn't it? The Patriots bounce back against a tough OT loss to the Cowboys by dropping 54 on the Jets for their first home win of the season. The Mac Jones led offense came out hot from the start, quickly going up 14 on back to back drives. Jones also had a career day, as he topped 300 yards for the first time in his young career, going 24/36 for 307 and 2 TDs. Unfortunately, one of the headlines today was the knee injury to rookie Zach Wilson, who went down awkwardly on a scramble, and eventually got taken out on the following play.
Damien Harris had another strong outing, getting 106 yards and 2 touchdowns on only 14 carries. Brandon Bolden and Kendrick Bourne were the two top dogs for the offense, with Bolden getting 79 yards and one TD on 6 catches. Bourne had 68 yards on four catches and threw a touchdown to Nelson Agholor early in the first.
Although it was a win against the ailing Jets, it was a statement game nonetheless. Both sides of the ball were clicking today, and the only downside of today were some injuries suffered by New England, Devin McCourty, Jonnu Smith, Shaq Mason and Harvey Langi all exited the game with injuries, but it is unclear the severity of them, as the game was out of hand rather quickly.
The now 3-4 Patriots will be traveling to the west coast to take on the Charger for a 4:05 Halloween day matchup. We'll see if the boys can keep this kind of momentum going as the season progresses, but overall it was a great fall day for some very relaxing football.