Patriots comeback for a win against the Texans 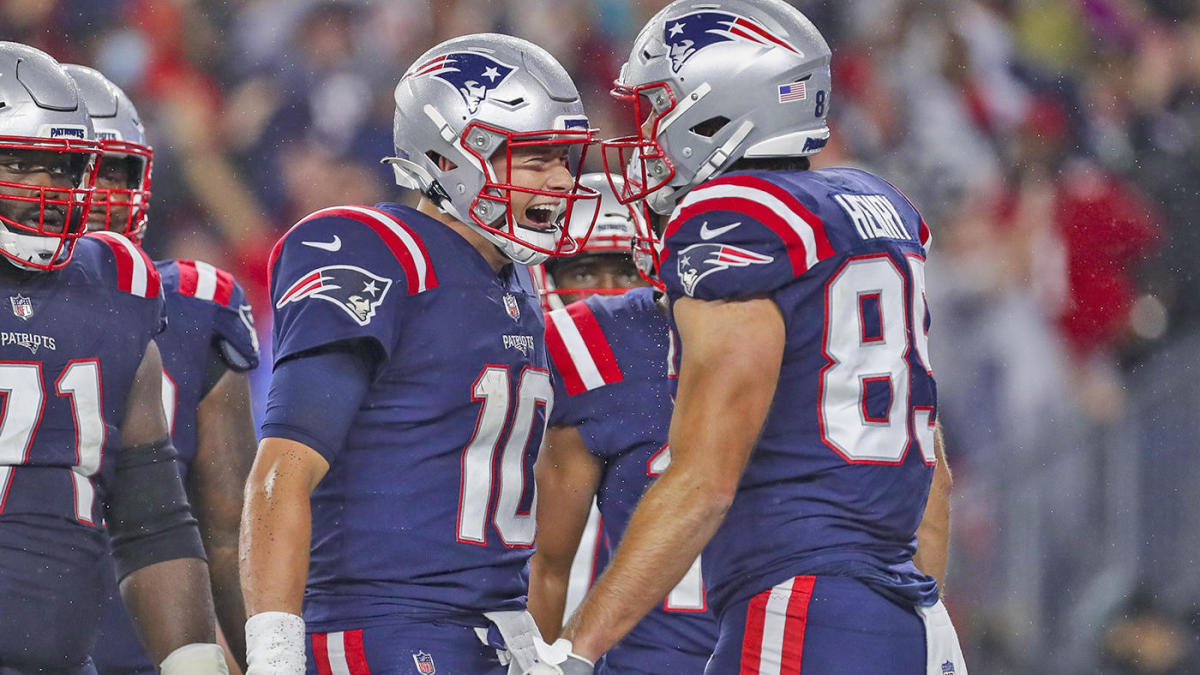 (CBSsports.com)
It certainly wasn't pretty, but a win is a win. The Patriots traveled down to Houston trying to turn their
1-3 season around and were able to edge out the Texans for a win, coming back from a 22-9 deficit. The game didn't start out well, as Davis Mills marched down on the Patriots defense with an 18 play drive that ended in an opening touchdown.
Both teams put on a display of errors, as New England still struggled with ball control and penalties, including a touchdown reversing fumble by Damien Harris in the first quarter. It looked as if Houston was taking control of the early game momentum, until they really decided to out play themselves with some questionable play calling. Momentum really started to switch when the Texans came out for a punt, got in a fake punt formation, then got BACK into a punt formation, only to punt it off one of their own guys' head.
Mac Jones looked impressive yet again, going 23/30 with 231 yards, with a one TD and INT. Hunter Henry is finally emerging as a legit offensive weapon for Mac, as he hauled in 6 catches for 75 yards and the game tying touch down.
The Patriots have a lot to work on, including their health. Damien Harris exited the game with a rib injury and most of the offensive line was missing today as well. The boys need to tighten up their fundamentals, as the red hot Dallas Cowboys are coming up to Gillette next Sunday for a 4:25 PM matchup.
Ugly wins are always better than cute losses, so we will certainly take it!