Patriots blow out Browns to advance to 6-4 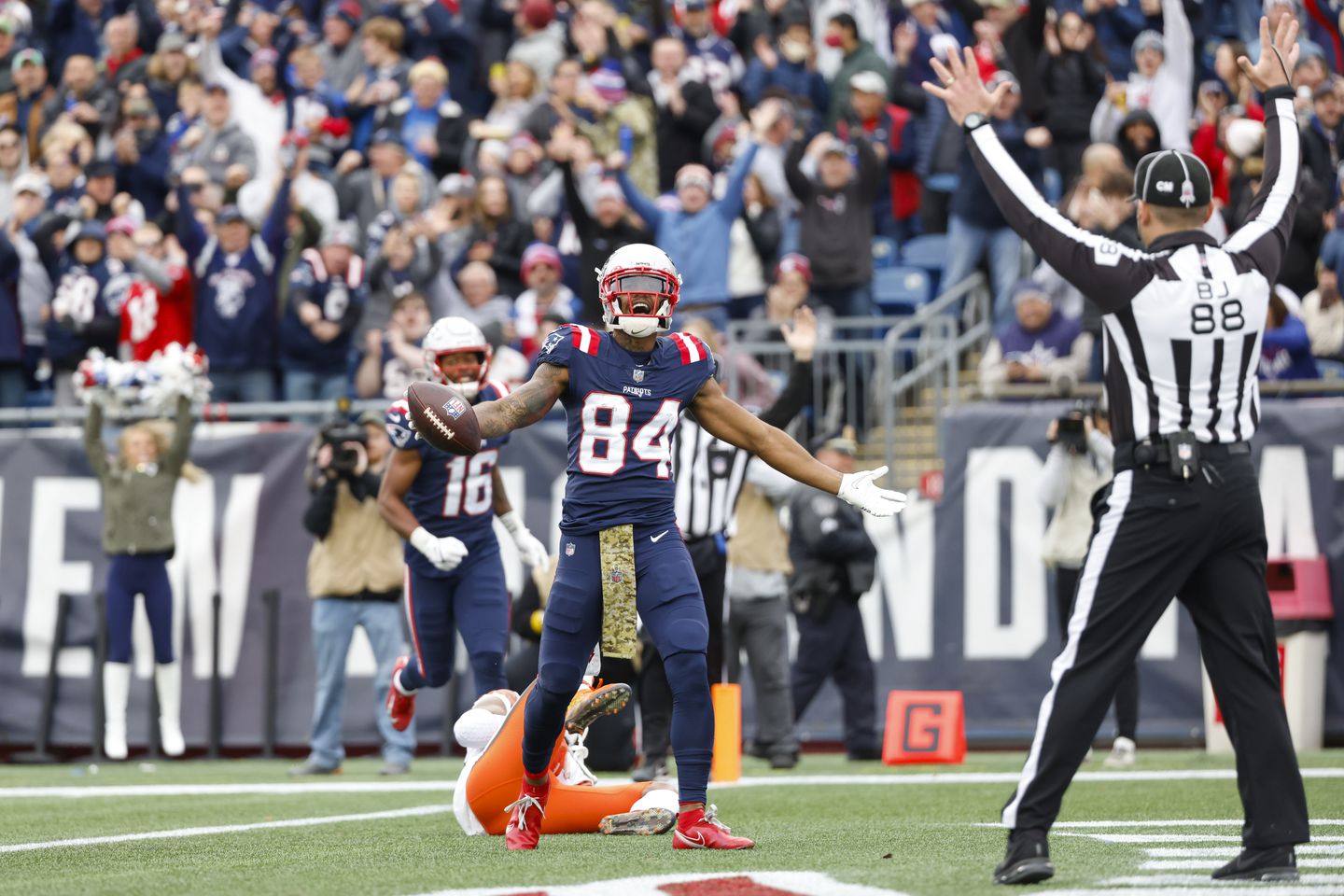 (Bostonglobe.com)
The New England Patriots silence doubters with a convincing 45-7 blowout win over the Cleveland Browns to advance to 6-4 on the season. Mac Jones had a near perfect day, going 19/23 for 198 yards and 3 touchdowns, his first 3 TD game of his career. Rookie Rhamondre Stevenson had himself a career day filling in for Damien Harris, by going for 99 yards and 2 TDs off 20 carries.
Today was just a damn near perfect game, as the Pats were able to move the ball on the ground and through the air with Kendrick Bourne grabbing 98 yards on 4 catches and a phenomenal catch in the endzone. Hunter Henry had a two TD game and the ultimate story of the day: Jakobi Meyers got his first NFL TD late in the 4th by Brian Hoyer.
Although the Browns had no Nick Chubb or Kareem Hunt, the Patriot defense stepped up in a huge way, holding the Browns to 7 points and making life extremely difficult for the Cleveland offense.
With this win, the Patriots are very much a factor in the AFC and are all the way back to being a legit team. The Pats need to bounce back quickly, as they are heading down to Atlanta for a Thursday night matchup against the struggling Atlanta Falcons.