Patriots remain undefeated on the road after a win in Carolina 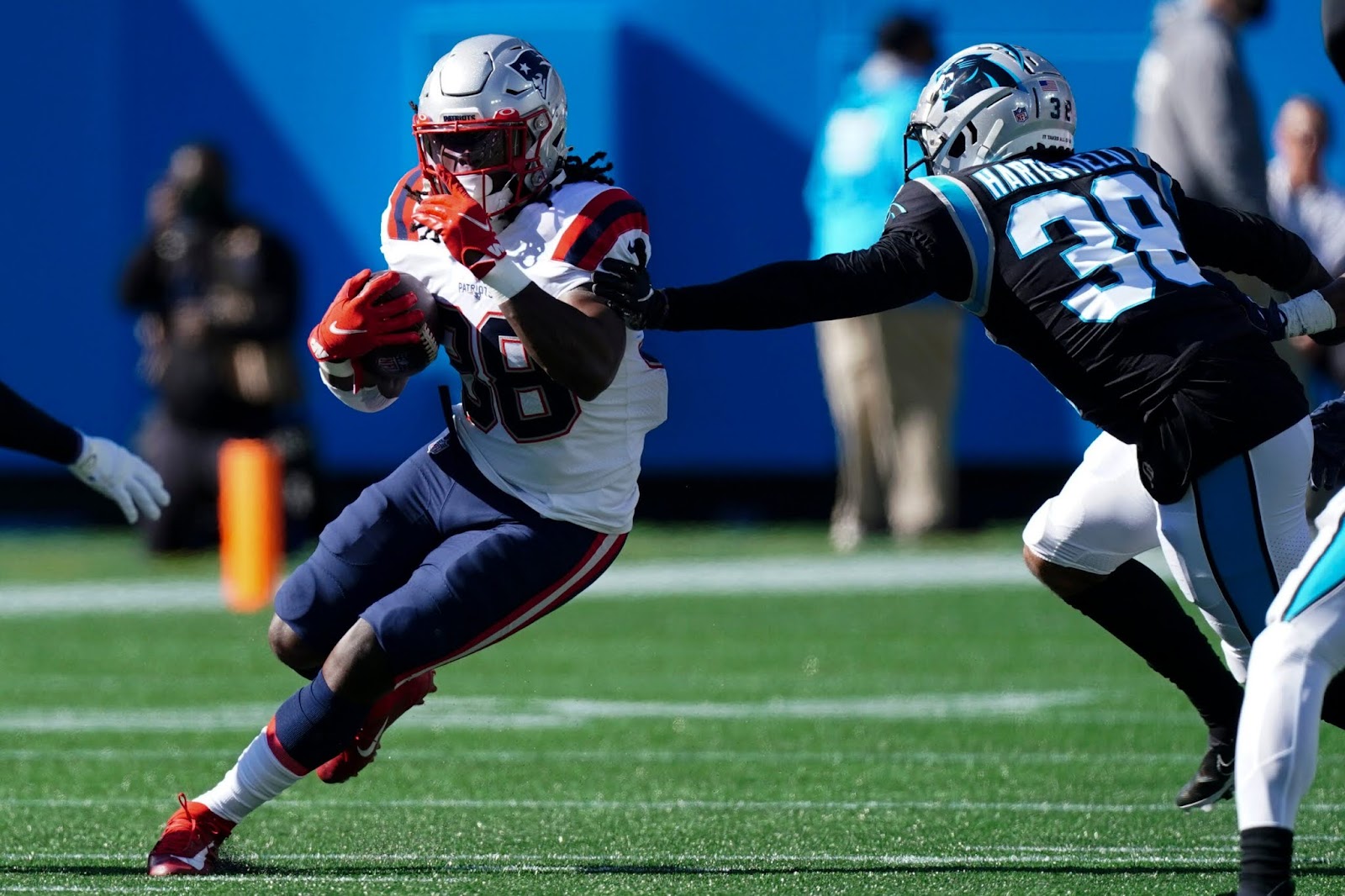 (Boston.com)
The New England Patriots have won on back to back away games, with a 24-6 win over the Carolina Panthers. The ground game was the main point of todays win, as Damien Harris, Rhamondre Stevenson and Brandon Bolden had a combined 34 carries for 146 yards and one touchdown. Mac Jones had a more quiet day, going 12/18 for 139 yards and one TD and INT. That lone interception came from none other than new Panther, Stephon Gilmore.
As for our old friend Sam Darnold, he went 16/33 for 172 and three ghostly interceptions. Darnold looked very spooked at the line as there were several balls batted down at the line and pressure from the defensive front haunted him all day. In his return from IR, Christian McCaffery carried the ball 14 times for 52 yards and had 4 receptions for 54.
Unfortunately for the Patriots, injuries plagued todays win, with Rhamondre Stevenson, Gunner Olszewski and Damien Harris both left the game with injuries late in the fourth quarter. There is still a lot to clean up with the Pats, as early penalties were a big issue early on and a few miscues in the passing game. But overall, the defense played phenomenal and the run heavy offense scheme was able to shine.
Hopefully the injuries sustained today aren't anything serious, because the Pats have a big home matchup against the Browns next week.
With this win, the Pats move up to 5-4 on the season and are very much alive in the AFC.