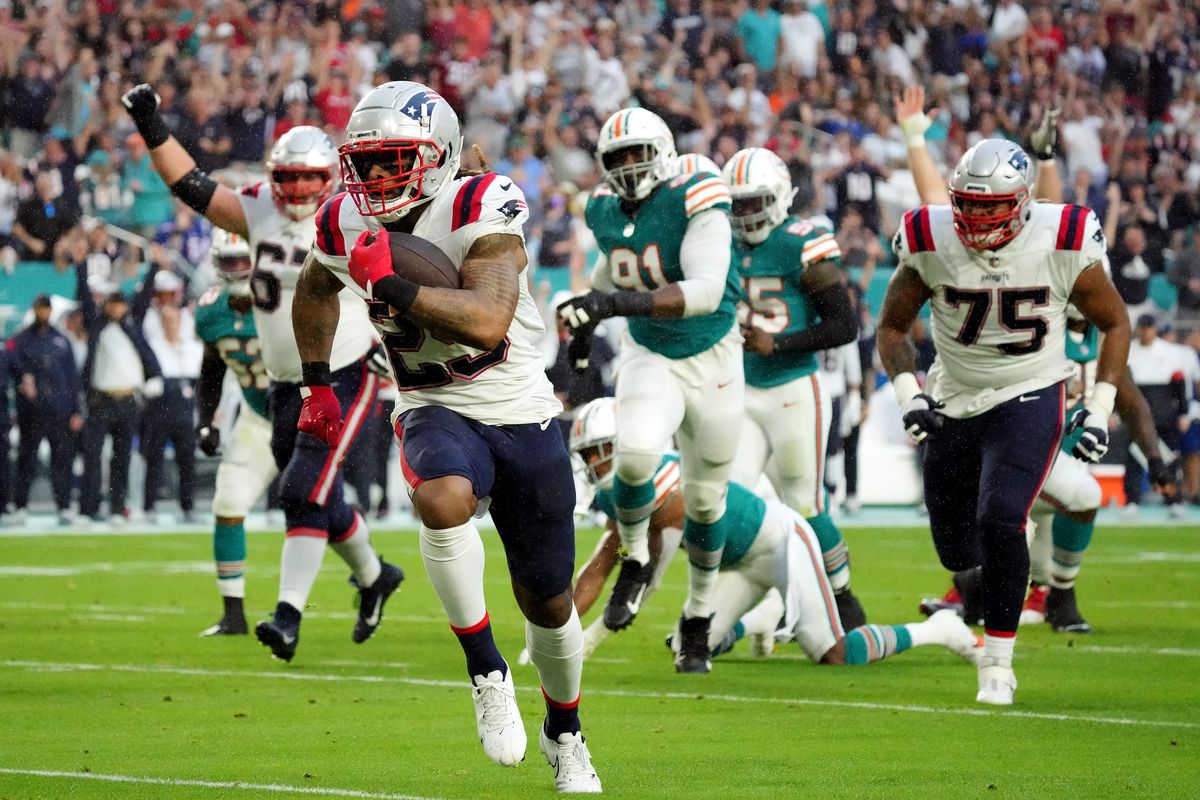 Photo by Mark Brown/Getty Images
The Patriots drop a very disappointing loss down in Miami, losing 33-24 thus losing the division to the Bills. The game was ugly from the start, with Miami driving right down the field on the opening drive which was followed up with a quick pick 6 from Mac Jones to fall down 14-0. Mac was able to pick it up late, going 20/30 for 264 and 1 TD and INT. Brandon Bolden had his revenge game grabbing 2 TD on the ground and through the air, but it wasn't enough for the Pats to rally back late.
Frustrating penalties proved to be momentum killers time and time again for New England, which has been an unfortunate repeating story in the second half of the season. Duke Johnson did most of the damage for Miami, getting 117 yards and a TD off 25 carries, while Tua went 15/22 for 109 yards and 1 TD.
As it currently stands as I write this blog, it is unclear who the Pats will be playing next weekend in the Wild Card, but it will likely be either in Buffalo or Cincinnati. The Patriots have unfortunately been their worst enemy of late which isn't the best mindset to have when heading into the playoffs. A lot of mental mistakes have really been major problems for the Pats and with a team that relies heavily on the run, it is a bad scheme for them to be playing from behind so often.
However, to end on a positive note, the Patriots are back in the playoffs with a rookie QB and a chance to make a good run. It's been a tough stretch for the Pats but no better time to turn it around than in the playoffs. We'll find out who the boys are playing next week and give it our all as fans. Tough way to end but as always, #GoPats